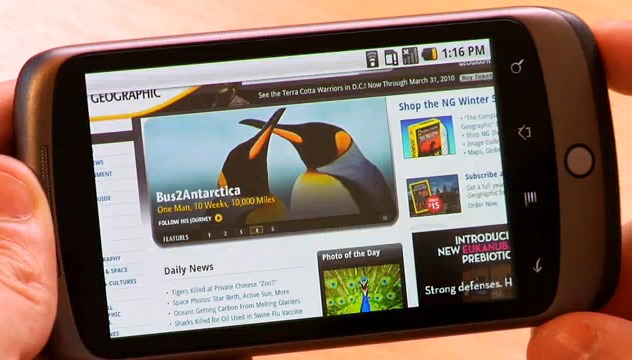 Apparently, the Google Nexus One Phone will keep on getting more attention today; Adrian Ludwig from Adobe has demoed an early version of Flash Player 10.1 on the new Android 2.1 handset. Ludwig said the Nexus One will get Flash 10.1 via the web, as soon as it becomes available.

Flash Player 10.1 is currently in beta, but the Nexus One “Superphone” is already on the list of the first devices that will sport Flash 10.1. One of those first devices will be the Palm Pre, according to the same Adrian Ludwig on a video back on October 2009.

The video below demonstrates the Flash beta preview on several sites with various Flash elements, such advertisements and video. Adrian even played a game named “Alien Attack” on the browser of the Nexus One from MiniClip.com. What do you think folks, would you like to get flash on your new N1?