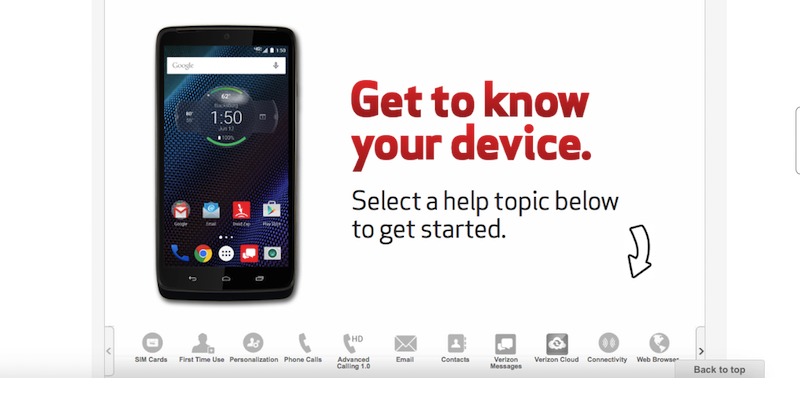 Verizon has a special feature on its website that lets user test the latest Android 5.1 version update on a Motorola Droid Turbo. It’s only a simulator but you can check out what how the Droid Turbo will run the particular software update. The version is not yet available but you can test out the features and changes online.

Having an online simulator allows us to have a complete run through of the Android 5.1. Verizon has yet to roll out the official over-the-air update but you can test it out using the simulator. You can check, do, and adjust almost anything on the Droid Turbo: SIM Cards, First Time Use, Personalization, Phone Calls, Advanced Calling 1.0, Email, Contacts, Verizon Messages, Verizon Cloud, Connectivity, Web Browser, Picture, Video, Moto Display, Moto, Sharing Media, Google Play Store, Google Now, Google Maps, VZ Navigator, and Social Networking.

The Android 5.1 for the Motorola Droid Turbo is expected to bring the usual Lollipop updates: Device Protection, Guest Mode, improvements on Notifications and Interruptions features, and redesigned icons. Some interruptions now can be blocked until the next alarm while ‘No interruptions’ will still show even within an important alarm.

If you use the Motorola Droid Turbo simulator, you will see step-by-step instructions on how to use each and every feature. Here’s an example:

Check out the Droid Turbo by Motorola Simulator on Verizon