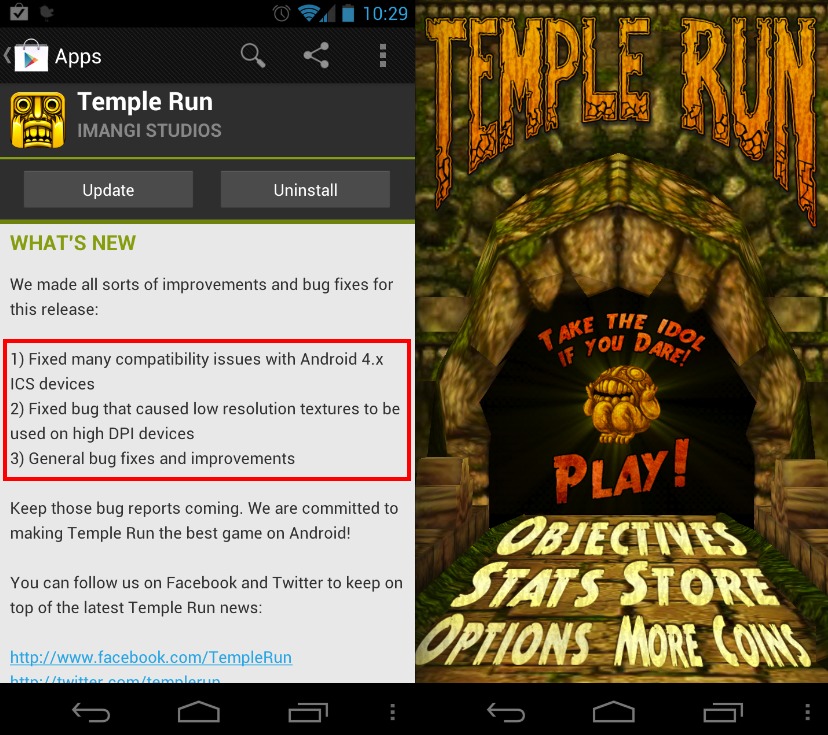 The folks from Imangi Studios have been busy with their hit sensation game Temple Run for Android. You should all know plenty about this much anticipated game that saw millions of downloads overnight. Today however, they’ve released another much needed update offering support for more Android 4.0 Ice Cream Sandwich smartphones and tablets.

With more and more phones being updated to Android 4.0 ICS Temple Run needed a quick update to solve some compatibility issues and ensure optimal performance and today’s update brings just that. If your new ICS build on the HTC Sensation, or Galaxy S II has been having issues you should give Temple Run another try today.

Apparently there was also a major bug where Temple Run was using low-res, low DPI textures and graphics for higher end HD and high DPI devices that was causing graphics to suffer. Now all high resolution phones should be seeing the best and prettiest graphics available. I don’t know about you guys but the game seems to look great on my Transformer Prime, but if the graphics just got better I’m all for it. As usual Imangi states the usual bug fixes and performance enhancements. If you’ve been having issues hit the Play link below and give this addicting game another try.