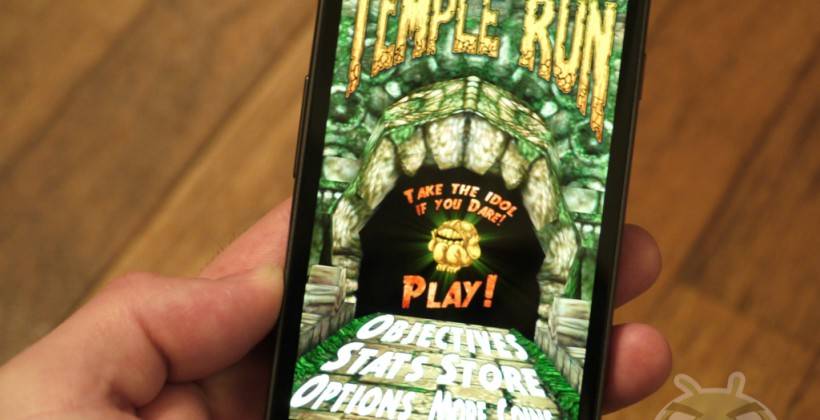 If you’ve had your fill of endless runner type of games on smartphones and tablets, you have no one but Imangi Studios to thank or blame. The game studio has just announced that the popular Temple Run game and its sequel has been downloaded a total of 1 billion times, reaching that marker that was set by Rovio’s Angry Birds.

1 billion downloads might seem like a lot, but it’s best to put it into context. This number includes both the first Temple Run as well as Temple Run 2, which boasted 50 million downloads in the first 13 days alone when it launched last year. However, it doesn’t include the numbers from Disney spin-offs themed after films like Oz and Brave. It also lumps together all supported platforms, like Android, iOS, and Windows Phone, so it’s harder to get an actual tally, at least from the game’s makers. Google Play Store puts both games within the 100 million to 500 million range, but those aren’t the exact numbers.

But aside from raw numbers, the studio also released some interesting statistics. One in particular should be a reality check for many. According to Imangi, 60 percent of those who played its Temple Run titles are women, dispelling the stereotype against female gamers. Perhaps mobile gaming is to be credited for this for having made gaming both accessible and acceptable no matter your gender or age.

This milestone does make one ask “what’s next?”. After reaching that goal, Rovio‘s popularity has somewhat plateaued, though not entirely plummeted. Temple Run’s run, pardon the pun, hasn’t been that long, but it certainly doesn’t have the same pull as it had when it was fresh off the press. Of course, there’s still that rumor about a film, but then again, they said the same of the Angry Birds movie, and we all know how that has yet to hatch.