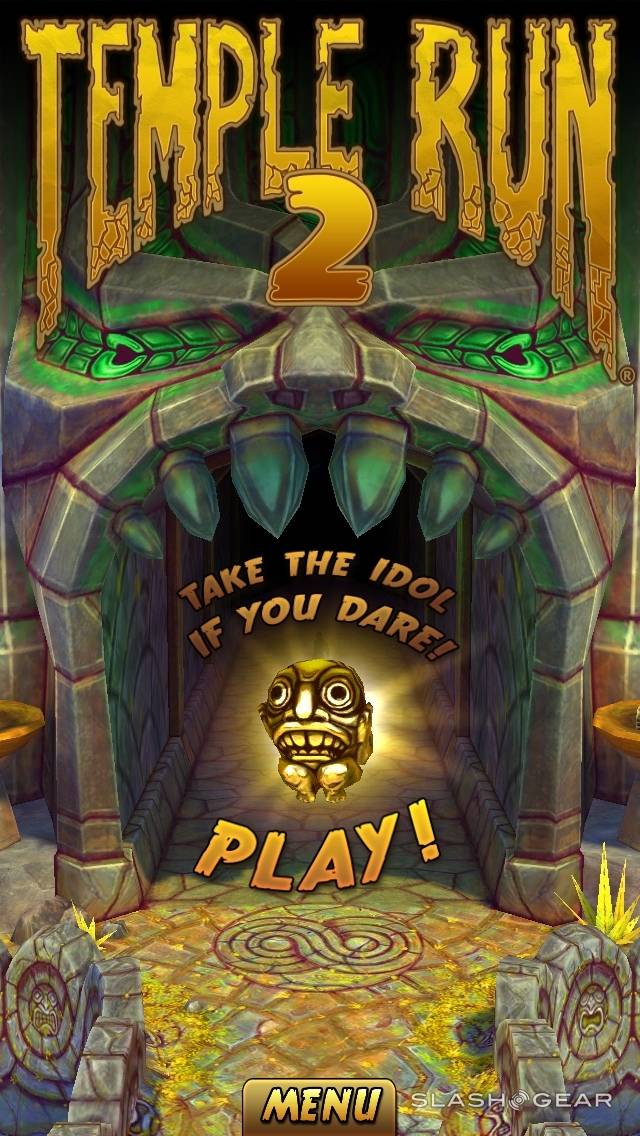 This past week we’ve seen just about as much interest in one game as we’ve seen in every single other app on the market, and it isn’t even out yet: Temple Run 2. The original Temple Run was one of the most hotly anticipated games for Android back when it launched many moons after the iOS iteration, and here with the Apple-first release of Temple Run 2, history seems very much to be repeating itself – and not just figuratively.

We’ve gotten confirmation from the developers of this game that the projected date for delivery to the Google Play app store for Temple Run 2 is January 24th, a bit over a week after the iOS launch for iPhone 5 and the iPad series. What we’ve seen already on the iTunes app store is no less than a crush-all juggernaut barrage with Temple Run 2 smashing its way to first place atop all other free apps on the store – and not just games. 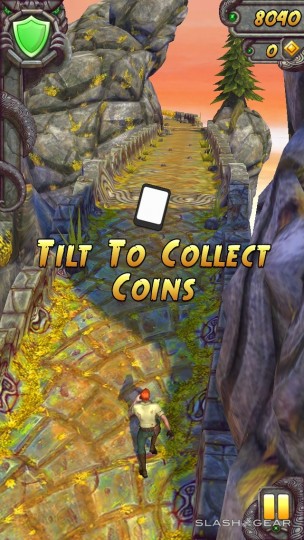 If Temple Run 2’s less-than-12-hour slip and slide to the top of the charts on the iTunes app store is any indication, we’ll be seeing the team at Imangi Studios jumping for joy all over again next week. This new version of Temple Run takes on the winning qualities of the original and pushes the envelope with higher quality aesthetics in both moving elements and the environments through which you’ll be running. Have a peek at a demonstration video of how this games looks on iOS for an idea of what we’ll be working with on Android on the 24th:

This view is from the aspect ratio of a wide display – likely a tablet of one kind or another. The other view is essentially the same with less of a view on the left or right, as seen in the collection of images in the gallery below. Again, while these images come from Temple Run 2 on the iPhone 5 (as given the once-over by SlashGear), the Android version will look essentially identical in the end.

So get pumped up and grab the game as quick as you can when the time is ripe, and don’t forget to hit up the Google+ Android Community to have a chat about it. Need an invite? Send us a shout-out on the Android Community Google+ hub or simply comment in the post you’re in now with your Google+ URL! We’ll make it happen!