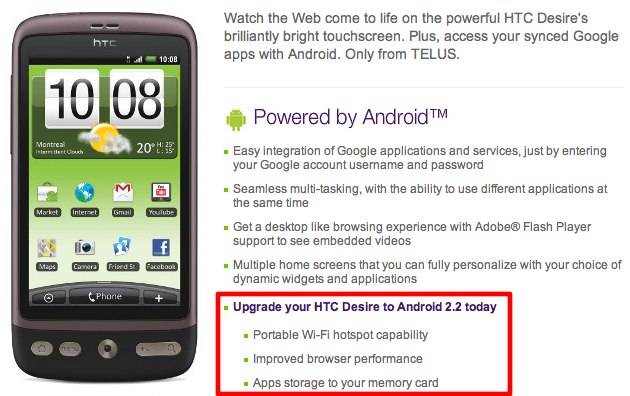 Canadian carrier TELUS has begun to push out its Android 2.2 Froyo update for the HTC Desire.  The product page for the Desire – which launched running Android 2.1 Eclair – has been updated with the message “Upgrade your HTC Desire to Android 2.2 today” along with a list of new features.

Android Community reader Donald called TELUS, who confirmed that the Desire update is going out OTA from today.  However it’s yet to show up on his handset, which suggests it’s a staggered release rather than a mass push-out.