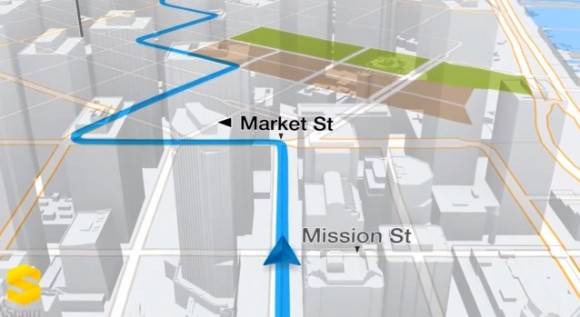 Popular navigation and maps software provider TeleNav has just announced a few rather interesting developments for their Android and iOS apps. It looks like Telenav Scout will be getting the popular 3D mapping technology for landmarks and major cities, along with many other useful new features. If you’re still looking for an alternative to Google Maps you might want to read on below.

Whether you use Google Maps on Android, Apple or Nokia Maps on other platforms and more, Telenav is another option and today they’ve announced a slew of new features coming to their Scout Navigation app. They already offer a slightly different option from the others with personalized GPS, Navigation, and Traffic alerts along with voice actions, and now we have a few more features to add to the list.

Coming soon this year users will be able to enjoy better maps with 3D buildings and landmarks in major U.S. cities thanks to some newly embedded SSAO technology. Telenav states this will “give drivers a better view and navigation experience.” While Google Maps has had this for sometime already, Scout is adding this soon. That isn’t all either, the update will also introduce crowd-sourced traffic alerts and updates. You’ll know faster than ever if there is an accident ahead, and SCOUT will give you a detailed notification. Here’s the video they’ve released today.

With more than 34 million users Telenav has a feeling their crowd-sourced live updates will offer something unique to their users, so we’ll be excited once this officially hits the streets. It’s like Trapster only embedded right into your real-time navigation instructions. The 3D maps looks pretty similar to Google’s offering, but it’s always nice to have another option.

No details on exactly when this will be hitting their mobile apps, but it’s slated to arrive later this year for both free and premium subscribers. For now stay tuned and give the latest version a try from the link below.