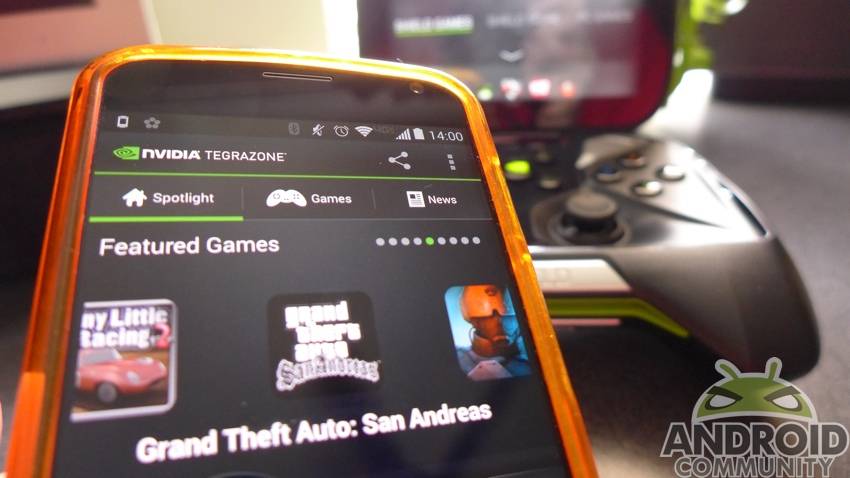 NVIDIA has rolled out the latest update for the TegraZone app. This update is currently available by way of the Play Store, and brings the app up to version 2.9.0. The changelog that accompanies this update has a few key items listed, one of which is wider support. NVIDIA has opened up the TegraZone app so it can now be installed on non-Tegra devices.

Basically, this means the TegraZone app will now be able to track your collection of games — regardless of whether you happen to be using a Tegra powered device. While this could simply open up Tegra game discovery for additional users, it may also appeal to those using a SHIELD (or other Tegra device) alongside a non-Tegra device. 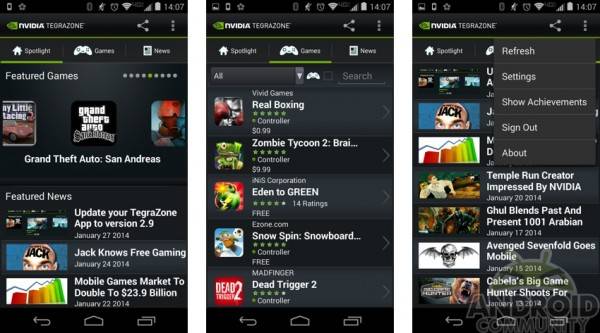 This update also brings Google+ login, support for Google Play Game Services and what is described as being minor bug fixes. Also included was mention of enhanced support for NVIDIA SHIELD users and MadCatz MOJO users. In taking the app for a spin on a Moto X, we were greeted with a few key sections — Spotlight, Games and News.

These are all pretty much as the names would suggest. Spotlight has a section up top for featured games with some news highlights sitting below. The Games section appears to be a good place to locate information on games. Up front you see the game title along with the star rating, price, app icon and whether or not it has controller support. You can also further refine the Games listing with options to include showing only featured, coming soon, games owned, controller, and many more.

Also included here is a list of twelve achievements. These begin with leaving your first review, and also include levels based on numbers of reviews, number of game downloads, sharing and more. Bottom line here, the NVIDIA TegraZone app has been updated and received a few key features and changes — one of which was the support for non-Tegra devices.