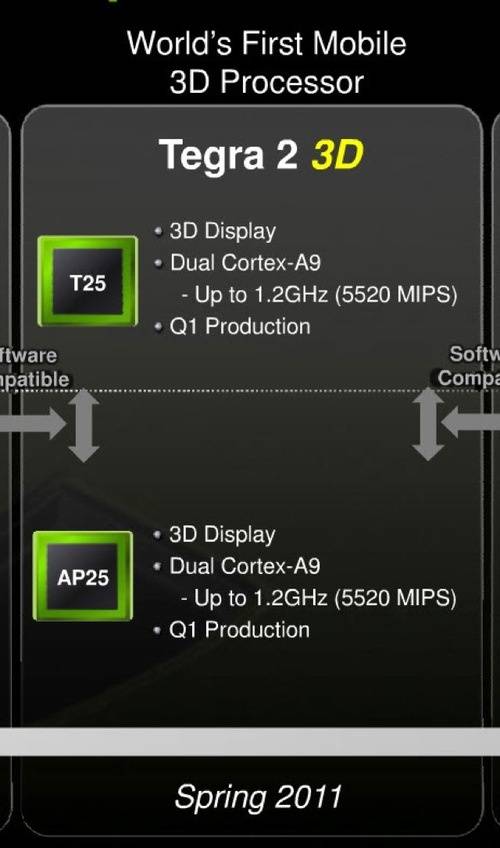 NVIDIA was huge in the mobile marketplace at this year’s CES with the official unveiling of their Tegra 2 platform to be included in “Super phones.” And now, according to a leaked slide from their upcoming Mobile World Congress presentation, they will have a Tegra 2 3D chip ready for Spring release.

It seemed like the only thing as big as tablets at this years CES was 3D, so it makes sense that NVIDIA will be pushing hard into this market for the 2011 calendar year. The chips will be clocked at 1.2GHz and will be meant for both mobile phones and tablets featuring 3D screens.

With this chip we can expect the year 2011 to not only be the year of tablets, but the year of bringing 3D to mobile devices. What do you think? Do you think 3D belongs in the mobile space? Is it just a “phase,” or will it actually be here to stay with devices in the future?