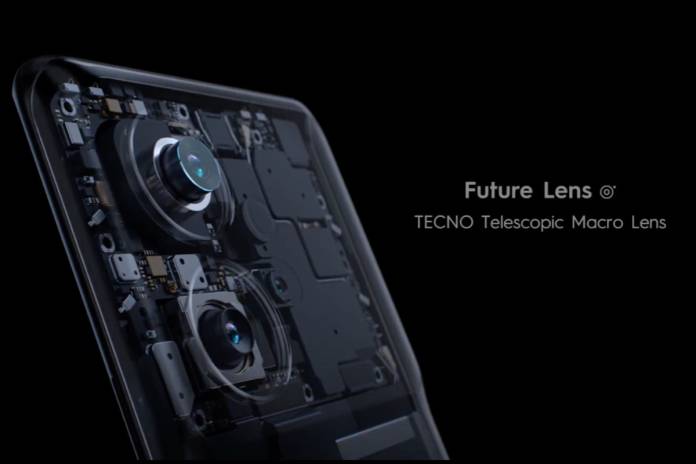 Do we need our smartphone cameras to become better? The answer will of course always be yes but we haven’t seen any major innovation in cameras and lenses lately. Chinese smartphone manufacturer Tecno previously announced they will bring a telescopic macro lens soon with motorized stretchable lenses, similar to what we saw previously with digital cameras. They have now officially unveiled this new innovation although we have yet to see the concept phone that will supposedly be shown off as well the first quarter of 2022.

XDA Developers shares that Tecno posted a video on YouTube to show off what the telescopic macro lens, dubbed as Future Lens, can do or rather, what it will look like. Basically it has a mechanical element that extends out from the smartphone so you can take close-up shots without getting too close to your subject. It should be able to give you 5x optical zoom and they claim that you will get images comparable to what the zoom-free main camera can give you.

The short video shows how the mechanism works but there wasn’t any demonstration of what images or videos will look like when you use the lens. They have not also released the technical specifications or any sample images so it looks like this may still be aa work in progress. We’ll most likely learn more about this when the concept phone will be unveiled. They initially said that this will be sometime in the first quarter so expect it in a couple of months.

Tecno is reportedly working also on bringing a smartphone that will have sensor shift image stabilization, the first of its kind for Android devices. This means that sensor will be the one to stabilize the image and not the camera itself which is what we have right now. Folks on the other side of the phone divide have sensor shift stabilization, namely the iPhone Pro Max and the iPhone 13 series. Hopefully we get to see one for Android.

Hopefully Tecno can indeed lead the way when it comes to smartphone camera innovation like this and other Android OEMs can follow or borrow the technology. This will make mobile photography and videography even better.