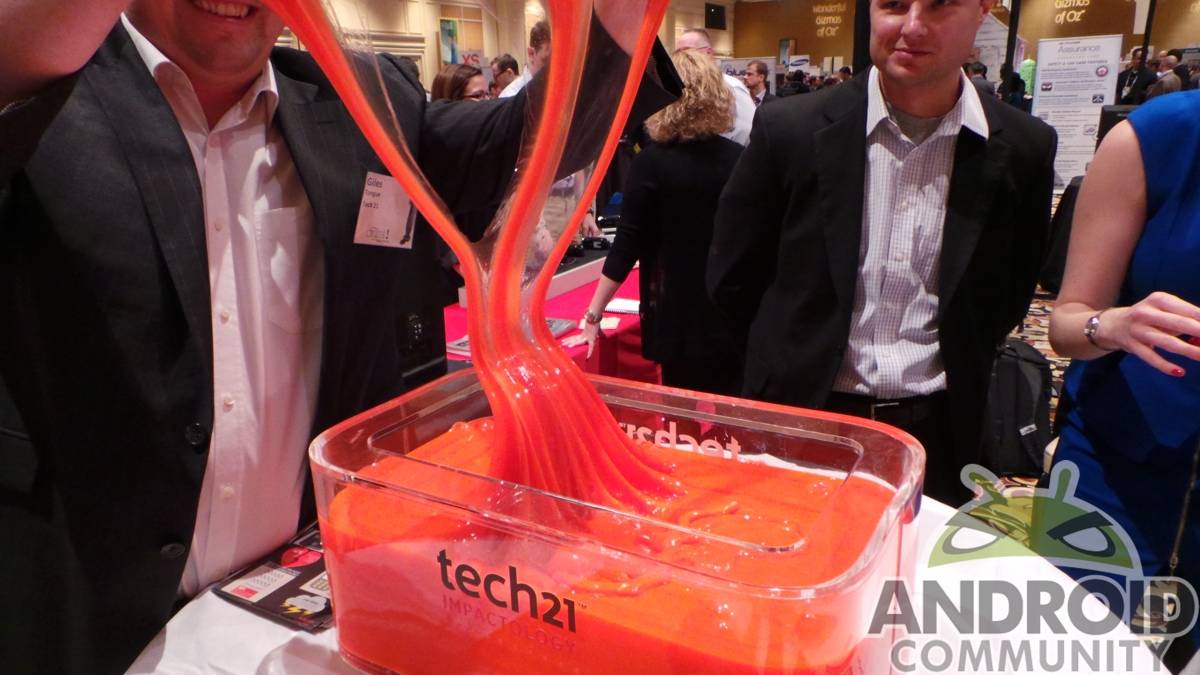 The goo — which we call because, well, it is — is meant to absorb the impact your device might take. In doing so, it can actually split and separate, then almost reform. The goo was really the star of the show, and Tech 21 was taking a hammer to it to show off how resilient it actually was. Made of a “a non-Newtonian polymer with an intelligent molecular structure”, the goo is as amazing as it is mystifying.

We like the idea, and they have a proven track record of success, so we’re comfortable with their concept of “impactology”. We’ve long seen these for iPhones, but Tech 21 now has cases for many Samsung devices, and promises to adopt Android more in the future. They did note they have a case for the Nexus 5, and say they’ll support any of the better selling Android devices. We couldn’t nail them down on which models, though. 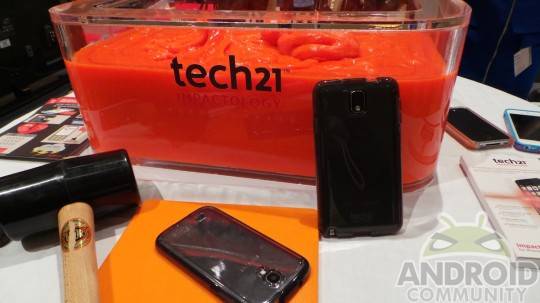 Weird, but definitely cool. Tech 21 definitely has some really great cases on offer, and they’re pushing the boundary of protection. We were also really happy to see the cases weren’t bulky, like you’d get with an Otterbox or something similar. They’re using tech rather than space to protect our devices, and that’s a concept we can get behind 100%.