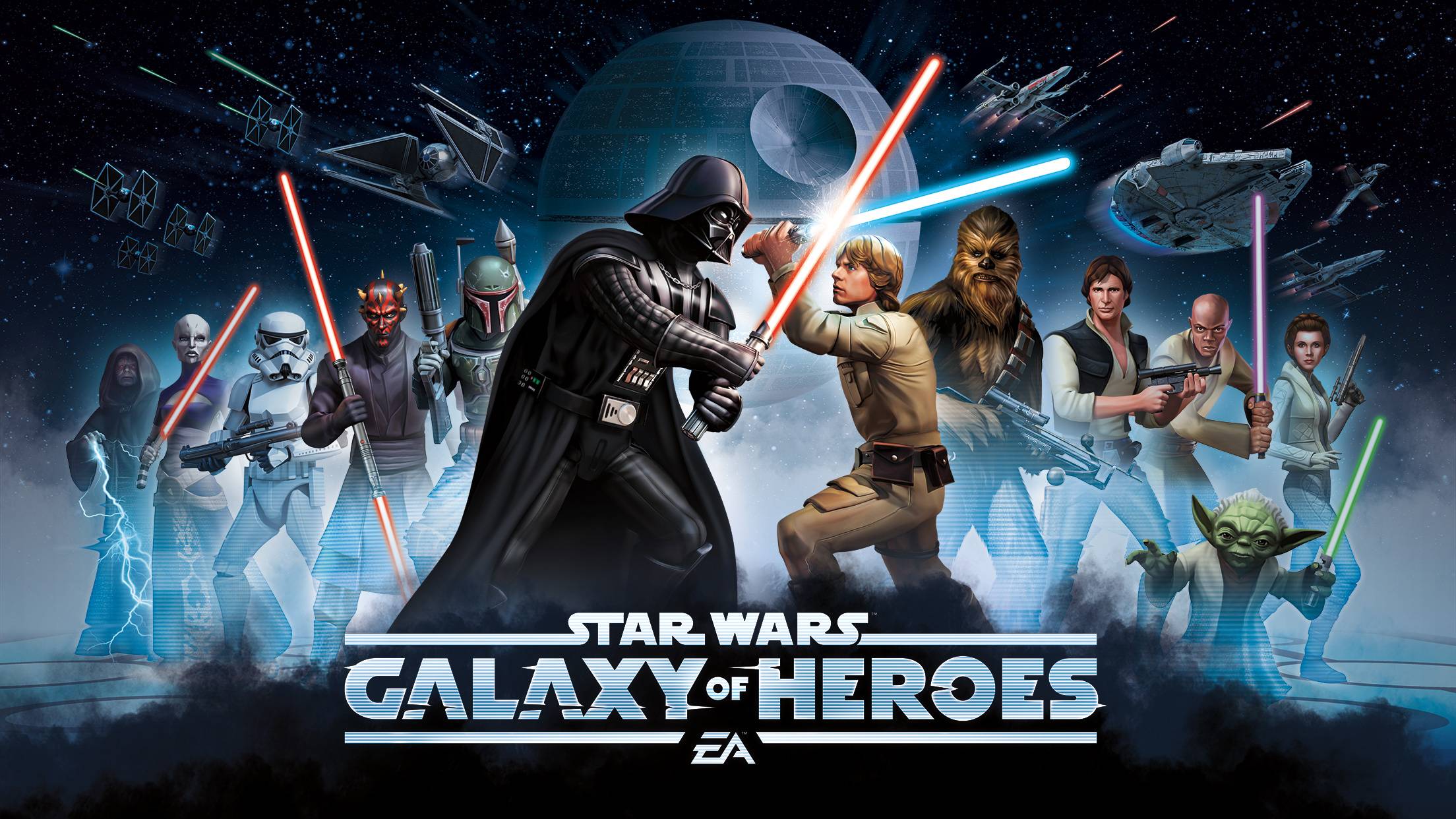 Have you always wanted to have a dream team made up of Darth Vader, Han Solo, Lando Carlissian, and Queen Amidala? Well of course that will never happen in the Star Wars universe (unless you write your own fan fiction or something) but now, you can have that come true in a mobile game at least. Star Wars: Galaxy of Heroes is the latest in a number of games and apps coming out in light of the upcoming release of the new film, The Force Awakens.

The game allows you to collect iconic characters from the Star Wars universe, from the original trilogy to the (much maligned) prequels, to the Clone Wars animated series, and up to the upcoming 7th film in the movie series that will be opening in December. Each of the characters you collect will have unique characteristics and abilities and powers that you can use to your and your team’s full advantage. There are over 60 characters to choose from and they’ll be adding even more as the universe continues to grow.

As you build your team with all these characters, you’ll also develop your own style in strategic turn-based combat. If you want to test out your characters and your strategy first before bringing them on to the team, then you can choose to play on the PVP mode and battle against other players. As you play the game, you get to go to various iconic worlds from the universe, like Hoth, Bespin, Tatooine, Coruscant among others.

You can download Star Wars: Galaxy of Heroes from the Google Play Store for free. There are in-app purchases available as well, in case you need a little help in combat and upgrading, but at a price of course.