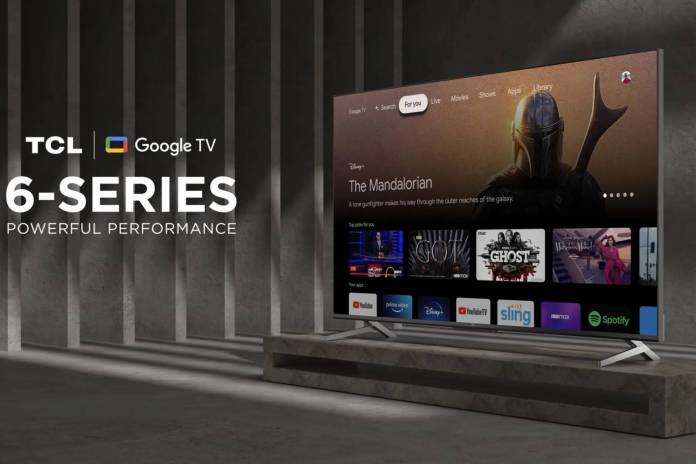 If you were one of the owners of TCL’s Google TVs that were experiencing problems, it seems that a software update is now rolling out to fix your problems. And now they have resumed selling their 6-Series and 5-Series Google TVs since the performance has hopefully been fixed with this latest update. They stopped selling the devices after receiving buyer complaints due to the TVs slow and buggy performance that made it almost impossible for users to actually watch anything.

According to The Verge, TCL spokesperson Rachelle Parks said that they have now made “significant improvements on the stability and speed” of the TCL TVs that feature the Google TV interface. Now that the devices have been updated, they believe this “represents the powerful performance that TCL and Google believe is the future of TV.” This is after a few weeks of stopping sales of the 6-Series (R646) and 5-Series (R546). They received several user complaints about the performance of these Google TVs and so they started working on a software update.

TCL initially had Roku software preloaded with their TV sets but they also had Android TV devices. They want to go for a platform-agnostic approach for their hardware. The 6-Series and the 5-Series are actually their first devices that ran on the newer Google TV interface. But instead of improving the experience of their users, this apparently came with pretty bad software even if the hardware improved compared to the Roku TV version.

If you own a TCL Google TV, you should be prompted to update to the latest firmware automatically. There are no posts yet about whether the software update brings the TVs up to the performance that we can expect from a smart TV. But TCL seems confident that this update will bring improvements to the performance and remove the bugs that were slowing down the hardware. If you’re planning on buying any of the 6-Series or 5-Series TVs, maybe wait for more feedback from users.

If you already have the TCL Google TV and you’re not getting an update prompt, you can also manually get the update. Go to settings by pressing the settings button on the supplied remote control and then navigate to System > About > System update. If it’s available already, you’ll see a Software Update message box.