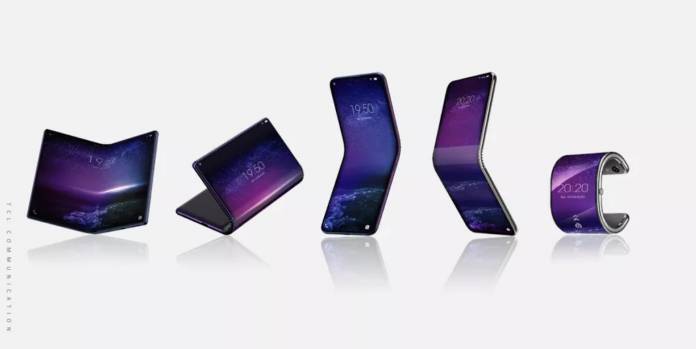 A lot of OEMs are in a sort of race to come out with the next great smart device with a foldable display. While Samsung has gotten a lot of headlines for its suppose upcoming Flex smartphone, there are other brands working on their own take on what they hope is the next trend in mobile devices. TCL is one such brand and they are apparently working on five devices right now, including a thin smartphone that can turn into a smartwatch when folded.

But what’s probably most interesting would be the fifth one. We don’t have any other details about it but it seems to be a tall and skinny smartphone that would turn into a cuff for your wrist when folded or bended. In other words, it will become a smartwach or at least a wearable device.

The reason why a lot of OEMs are going in a foldable direction is to give people something new. People are sticking to their smartphones longer and not upgrading because what’s being offered in the market isn’t that much different from the previous versions. Let’s see if the early versions of these foldable devices will appeal to consumers and create a demand for more improved devices.