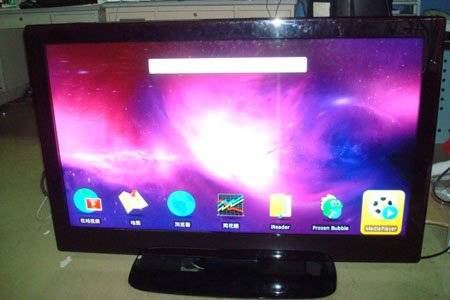 The Google TV isn’t even out yet and there are a few competitors that will have a similar television on the market before Google releases theirs. This TV is from TCL which is a big electronics manufacturer in China. That will be the home of television if it makes it past all the censorship drama that is brewing between Google and the Chinese government.

This has some of the functions of Harmony Link for Google TV. It has the ability to sync with existing products in your home entertainment system and control them from one source. It will also have the ability in the future to sync with other products made by TCL like MID’s and handset so they can be used as a remote as well.

This television has internet and Android Market access. It also has a web browser, video on demand, video chat and interactive games. TCL has been working on this Android-based TV since 2008, it should be available for purchase soon. There is currently no price set or exact release date.