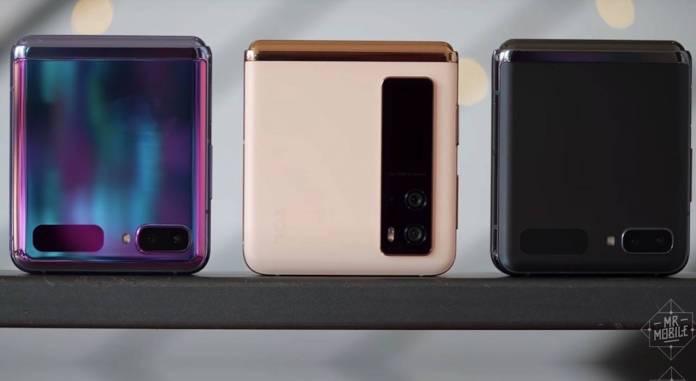 The Samsung Galaxy Z Flip 3 is currently the bestseller between the two newest foldable phones introduced. It is still expensive but is more affordable than the previous flip foldable smartphone. It will be improved over the next few years until a new interesting foldable form factor comes along. It doesn’t have S-Pen support yet but we won’t be surprised if the South Korean tech giant announces a Z Flip with a stylus. At the moment, it has the new Moto Razr as a competitor but we all know it doesn’t compare to the Samsung Galaxy Z Flip.

TCL could have presented an alternative but it hasn’t made a major move yet. The company has prototypes already. One model features a 10-inch display that folds into thirds. Another model has a display that wraps around one’s wrist while another device was designed with a book-type foldable display. TCL also presented a design with an expandable display and another one with a rollable display.

TCL also worked on something similar to the Samsung Galaxy Z Flip series and the Motorola Razr. The clamshell phone has been shown off in a video recently. The device definitely looks like the Galaxy Z Flip.

The “Chicago Project” was planned to introduce the flip smartphone in the fourth quarter of this year with a sub-$1,000 price tag. We’re saying this in past tense because apparently, TCL now wants to start over for several reasons.

TCL’s Chief Marketing Officer Stefan Streit said, “We could finish this product and bring it to the market, but this felt somehow … not right. For us, this category is really, really important. We will bring products. We will bring a number of products.”

It may not be time for TCL to release a foldable phone. The brand TCL is not that popular yet but it has been offering mobile devices under the Alcatel brand. There are also TCL phones but the most recognizable products are the TVs. When it comes to the mobile market, it has a long way to go. It wants to go commercial but it needs to make a number of improvements in the process.

TCL cancelled its initial plans because it’s not ready yet. The foldable category isn’t really ready but it’s slowly getting there. Maybe next year, TCL will finally reveal its first foldable smartphone.