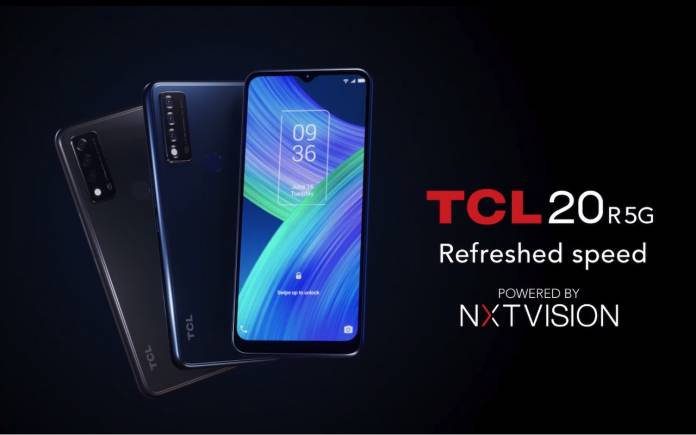 The TCL 20 Series phones were made available in the United States last June. The company has been prolific when it comes to releasing new mid-range and budget-friendly devices. We also learned about the TCL Fold ‘n’ Roll concept that combines foldable and rollable technologies. The newest is the TCL 20 R. It was made official with 5G connectivity and a low price. The 20 series is expanding in Europe with a new model. This 5G phone is believed to be the most affordable TCL 20 model and perhaps among the 5G phones out in the market.

The phone runs on 4GB of RAM, MediaTek Dimensity 700 processor, and 64GB onboard storage. There is a microSD card slot for memory expansion. When it comes to imaging, there is a triple rear camera setup that consists of a 13MP primary + 2MP depth + 2MP macro shooter.

TCL 20 R is powered by a 4500mAh battery with 10W charging technology. It already runs on Android 11 but an Android 12 upgrade is promised apart from quarterly security updates up to three years.

Market release will be later this September in key cities in Europe. It will arrive in October in Netherlands with a €179 price tag. That is the promo price as suggested retail price is €249 ($295).