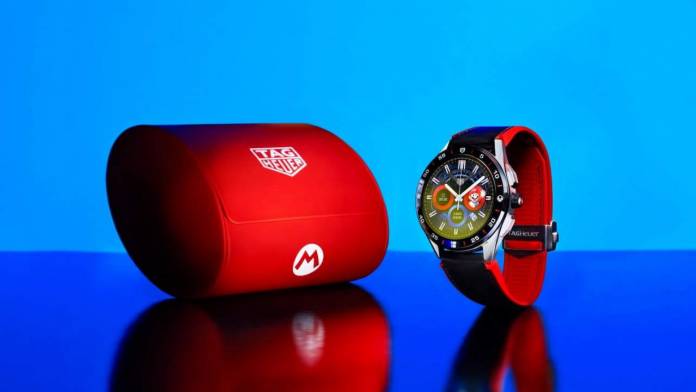 Are you a die-hard Super Mario fan that would be willing to spend a couple of thousands on a smartwatch? Well Tag Heuer has the thing for you with their newly-announced Super Mario Limited Edition Connected smartwatch. When the watch brand teased a collaboration with Nintendo, we initially thought it was just a Mario-themed watch but apparently, it’s a pretty expensive smartwatch that will be available on July 15. It will be just a limited run so Mario fans might want to head on over to the website and selected stores.

The Tag Heuer website is counting down to July 15 which is when you can start buying the limited edition Mario-themed smartwatch. There are not many details on the website yet but there have been some information released about it previously. It will most likely run on the Wear OS platform just like the other Tag Heuer connected watches. One of the things that makes this special is that it has four different Mario watch faces to choose from.

Of course design-wise, it leans heavily on the Super Mario aesthetic. You have an M on the crown, red accents on the body, and red straps as well as a red case with the M logo. It will have a 45mm face as well as a 430mAh battery that should last you a day on a full charge. But just like other smartwatches, that depends on how you use it. It will also have a “gamification rewards system” that gives you special animations when you meet movement goals.

So far, that’s the only information we have on the Super Mario watch. Well, except for the fact that you’ll have to spend $2,150 on this limited edition smartwatch. They only produced 2,000 pieces of this device so even with a price tag like that, it shouldn’t last long. It will of course appeal to long-time Super Mario fans or even Tag Heuer fans that have an interest in the iconic gaming superhero who are willing to spend that much.

The Tag Heuer Super Mario Limited Edition Connected smartwatch will be available starting July 15. It will launch on the brand’s website as well as “selected botiques” although that wasn’t specified.