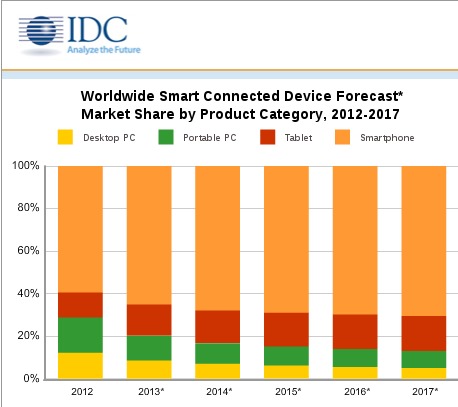 We know that the adoption of tablets and smartphones are growing at a rapid rate, and it seems there will be no slowing down as IDC predicts that the total number of tablets shipped in the last quarter of 2013 will surpass that of personal computers. Furthermore, things might get even more interesting by the end of 2015, at least for tablet manufacturers and vendors.

“Smart connected devices”, which is what IDC calls the category of electronics that include PCs, tablets, and smartphones, have been experiencing a steady period of growth over the past years, despite the growth rate of 27.8% this year being slightly lower than 2012’s 30.3%. And the largest driving force of the growth of these devices are not the conventional, or even the new hybrid, PCs.

IDC has lowered its outlook on PCs by as much as 10% for 2013 and according to its forecasts, tablet shipments will surpass the total number of PC shipments, both desktop and portable, in the fourth quarter of this year. On an annual basis, PCs will still reign supreme, but IDC predicts that by the end of 2015, tablet shipments will have also overtaken the annual total PC shipment figures.

The one category that remains king of the hill is that of smartphones, which already accounts for 65% of total shipments of smart connected devices. Moreover, the IDC foresees another period of device cannibalization, with smartphones bearing 5-inch screens or greater eating into the space of smaller tablets with 7-8 inch displays. 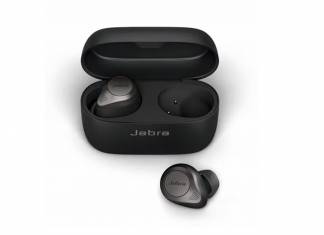