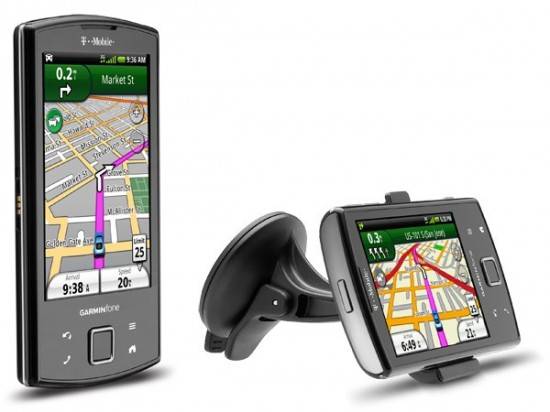 It’s been a long time coming but the long awaited Gamifone has been announced for a T-Mobile release. Garmin was one of the first members of the OHA, promised to produce an Android handset, seemed like it would never come to fruition. This may be the first announcement of great Android devices for T-Mobile.

As expected the Garmifone will be loaded with a bunch of navigation orientated applications. One of the main features will be Garmin Voice Studio; this app allows customers to record custom voice directions from family and friends. This handset features a 3MP camera and 3.5 HVGA touch screen. Included will be a car dock. Unfortunately, this will be an Android 1.6 device, since its being released later in the year, 2.1 may be loaded on to the handset. I can’t wait to see how this stacks up to Google Maps.