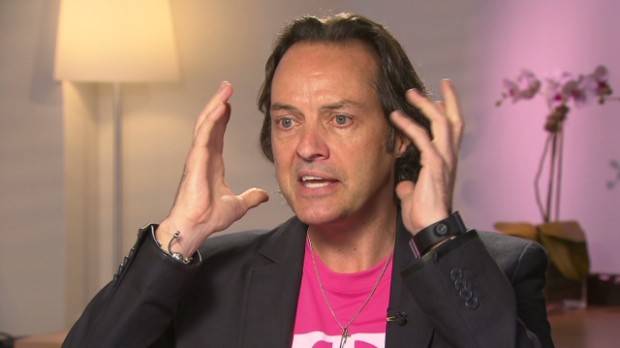 T-Mobile head honcho John Legere is not one to mince his words or shy away from publicity. We’ve seen him go after competitors and we’ve heard him rant about the bad practices or packages that they have been offering customers. But this time, he is going after his own subscribers. At least, those 1/100 that he says has been “stealing” network data from them by getting around the limited LTE tethered data that they offer customers.

T-Mobile customers get unlimited 4G LTE plans with an option to use a fixed amount of LTE data that can be used for tethering. This is called the “Smartphone Mobile Hotspot” feature and it has no additional cost. However, if you lead your high-speed tethering limit, you won’t be cut off, but it will noticeably slow down. You can add-on LTE tethering if you still need it, but of course at an additional cost.

But Legere says, there are around 3,000 users who have been using all sorts of work-arounds to hide their tether usage and in fact, get more tethered LTE data than they’re supposed to. They use various means like rooting their phones and “hacking the system” just to get away with it. But the T-Mobile CEO says enough is enough and they will be aggressively going after these individuals, and he doesn’t care if some of them will mislead the public by going on a rant about the carrier throttling their data.

Now of course this move will eventually benefit all subscribers who are using the LTE tethering service “properly”. But it might also get others “riled up” whether on their own or the propaganda of one of the 3,000, and it just might backfire on Legarde and his company. According to him though, his initial rant on Periscope has already earned the support of people. Let’s see if this position will hold.