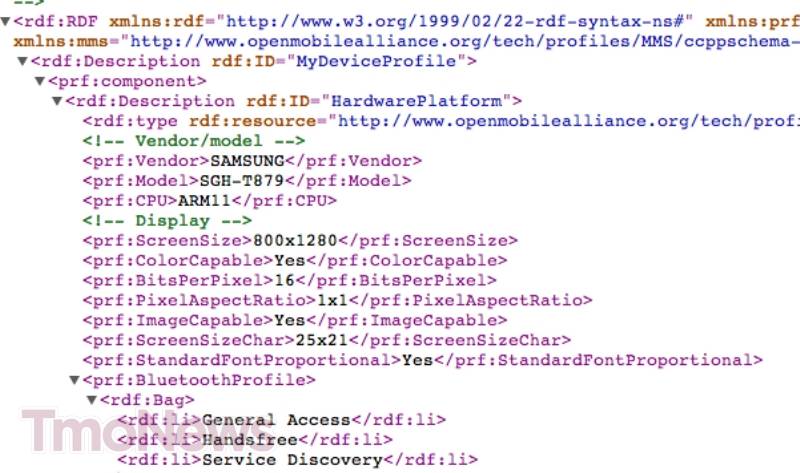 Though we can’t say for with any kind of certainty, it appears that T-Mobile may be the recipient of Samsung’s Galaxy Note. According to some transmissions and office memos from vendors, it seems likely that this will happen.

Using the nomenclature of SGH-T879 the new device has the earmarks of a T-Mobile tablet since SGH-T8x9 is usually the designation for their tablets. Of course we are only going on speculation but there is not another Samsung device that carries a screen resolution of 800×1280 and it would be unlikely that they would create a whole new unit just for T-Mobile. Another clue to the possibility of this being a Galaxy Note is the bluetooth doc that links the SGH-T879 as variant of the SGH-i717… An AT&T nomenclature for the Galaxy Note. This comment, however, has suspiciously been removed from postings.

Some other clues to lead us to this conclusion about it being a Note and not a Galaxy 10.1 Tablet: The designation SGH-T879; Resolution of 800×1280 which is normally a smart phone orientation and pixel count; SGH-T879 is designated a phone by the Bluetooth SIG and Wi-Fi Alliance; The user agent string in captured post above lists like the AT&T Galaxy Note, known also as the SGH-i717.

Even though these are all just speculations with a dash of hope, one thing is certain, there is a new device coming to T-Mobile. Is it going to be a replacement for the current tab by a Galaxy 10.1″, maybe. However, with the wording used by the Bluetooth Sig and the Wi-Fi alliance in calling it a phone, it lends to the very good possibility that it will in fact be the Galaxy Note and it will be for T-Mobile. We should also note, no pun intended, that Samsung made T-Mobile devices are registered with the FCC using the SGH-Txx9 titles.