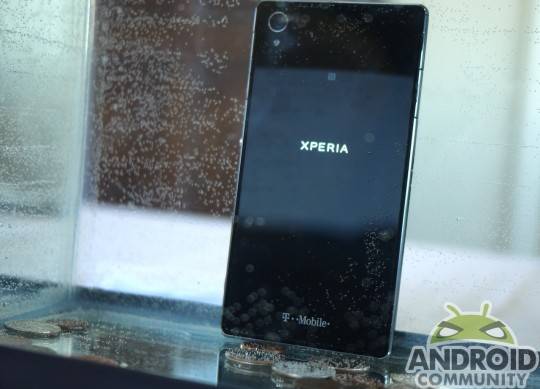 Originally announced last week during CES, the Sony Xperia Z1S has already arrived with T-Mobile. The carrier has the handset available for online sales beginning today. The handset is also coming to retail stores, however that will not happen until January 22nd. Regardless of whether you move forward and buy online now, or from a retail store on the 22nd — the pricing and specs for the handset remain the same.

To begin with, T-Mobile has the Sony Xperia Z1S priced at $0 down. The handset will then be $22 per month for 24 months which brings the full retail price to $528. The $0 option doesn’t sound all that bad, however it seems as if there could be some other handsets to consider if you are willing and/or able to shell out the full $528 at the time of purchase.

That being said, the Xperia Z1S is running Android 4.3 Jelly Bean and sporting a 5-inch display at 1920 x 1080. The handset is then powered by a quad-core 2.2GHz Snapdragon 800 processor with 2GB of RAM, 32GB of internal storage and a microSD slot that supports cards up to 64GB in size. All in total, that accounts for as much as 96GB of storage space depending on the size of your memory card.

Other highlights in terms of specs include 4G LTE connectivity, a waterproof design, 3000 mAh battery and 20.7 megapixel camera on the back. The camera has a flash and is also capable of capturing video at 1080p. Similar to many of the newer Xperia handsets, the Z1S has a full range of software related camera features. Plus, as this is a T-Mobile branded model, there is support for some of the T-Mobile specifics such as WiFi Calling and T-Mobile TV.