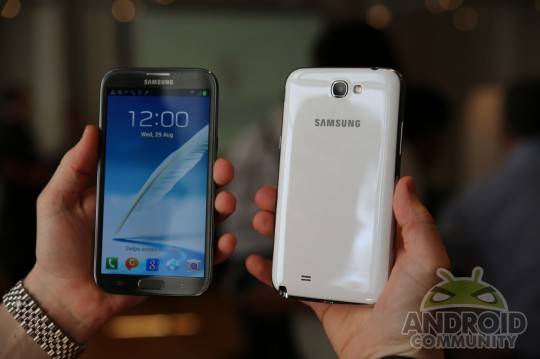 T-Mobile Samsung Galaxy Note II users are getting a plethora of good news today. First comes news that T-Mobile plans on launching its 4G LTE network this month, and now news that their Samsung Galaxy Note II will not only get their LTE switches turned on, but they will also be receiving an update to their Android OS as well, adding a bunch of new features as well as improvements to performance.

The T-Mobile Samsung Galaxy Note II will be updated to Android 4.1.2 Jelly Bean. With this update, the Note II will have some new alterations to its notification toggles, a customizable notification panel, the options to disable the brightness slider as well as multi-view, and the option to change the status bar from grey to black. This update will also make the Note II’s browser smoother, add continuous input on Samsung’s keyboard, add a new ink effect on the Lockscreen, and add the Group Cast app to the device.

Note II users can get their update via OTA or by downloading it manually from SamMobile. With the new update, and being able to use T-Mobile’s LTE network, you will see a new level of satisfaction with your Note II’s. You will also be glad to hear that your Note II will fall back seamlessly to T-Mobile’s HSPA+ 42Mbps network if you lose your LTE signal. The two networks are on the same chip, which means not only will you have constantly fast speeds, but you will also have amazing battery life compared to the LTE devices on other networks.