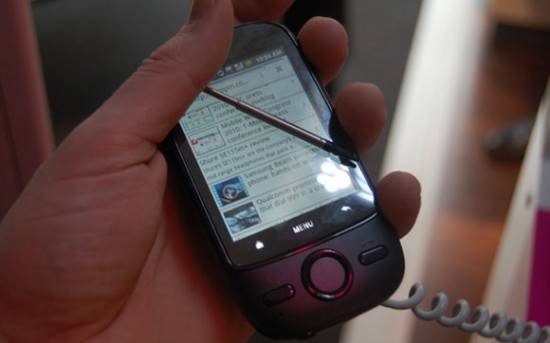 The battle for the small phone market is on. First there was HTC’s Tattoo, the Sony announced the Mini X10 And Mini Pro with a keyboard. Now the Pulse Mini enters and it is bringing a weapon to the battle, a stylus.

This Mini Android phone has just debuted at Mobile World Congress in Barcelona and it’s said to be the most feature packed cheap smartphone because it will run Android 2.1 right out of the box. Some of the specs has it fitted with a 3.2 megapixel camera, HSDPA and Wi-Fi all shoved in underneath the 2.8-inch resistive QVGA screen. In the video you can see that there are a few bugs to work out but this phone should be really quick by the time it is released.