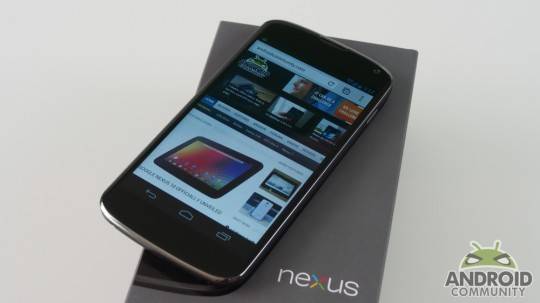 Granted, that is not really a catch per say as more often than not when buying a smartphone from a carrier you will be getting it on a two-year agreement. The catch here is that is may still be a better deal to buy the Nexus 4 outright from Google for $350. Of course, that is just our opinion, but those who don’t mind signing the agreement and are comfortable with knowing that this will be with them for the next two years — this may not be a bad deal.

Basically, T-Mobile is offering the Nexus 4 for free this weekend. Those interested in getting this deal will need to make the purchase online as it is a web-only offer. The price breaks down as follows; $549.00 with a $300 instant discount, $50 mail-in rebate and $199.99 web-only discount. In other words, while free — you will still need to shell out $50 on the day of purchase.

Otherwise, regardless of whether you end up getting this deal from T-Mobile or buy the Nexus 4 direct from Google — you will be getting the same device. That is to say a phone running Android 4.2 Jelly Bean and with features to include a 4.7-inch display, quad-core 1.5GHz processor, 2GB of RAM, 16GB of internal storage space, a 2100 mAh battery, 1.3 megapixel front-facing camera and 8 megapixel rear-facing camera.