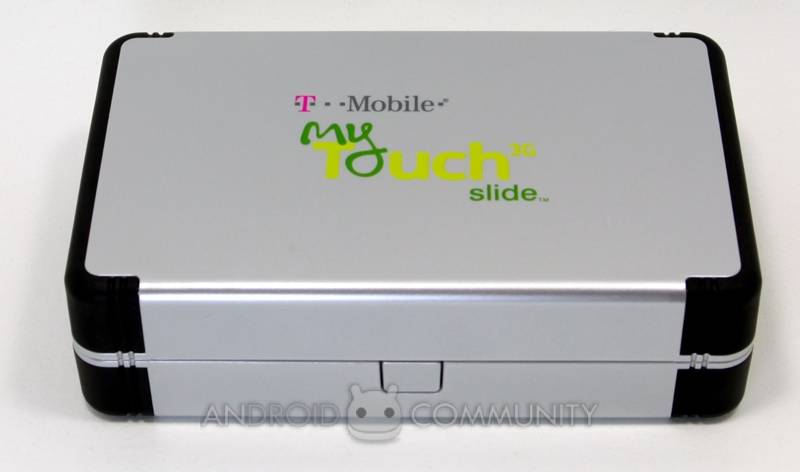 Froyo may have been looming large for the past few weeks, but that hasn’t staunched the onslaught of new Android smartphones. Latest on the Android Community test bench is the T-Mobile myTouch 3G Slide, made by HTC and the newest hardware QWERTY phone on the network. We did the only sensible thing and unboxed it for you (unboxing video coming soon).

You can’t criticize T-Mobile’s packaging. The myTouch 3G Slide comes in a hard-body metal-effect case with rubber edging, and you get a reasonable number of accessories too: a wall charger, USB to microUSB cable (which can be used for hooking up the phone to your computer), a stereo headset with in-line music and call controls, and of course the phone itself with a printed quick-start guide. 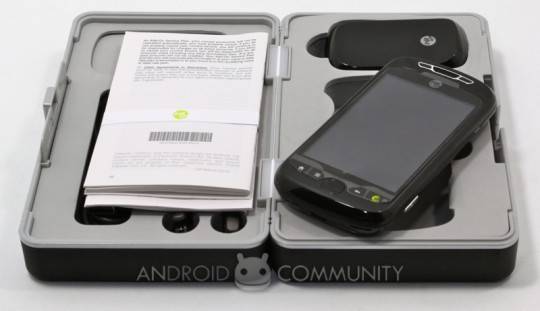 Turn on the myTouch 3G Slide for the first time and there’s a custom quick-start wizard which walks you through setting up the homescreen. T-Mobile and HTC have modified the basic Android UI, with a combination of HTC Sense widgets and a new graphical theme, and the whole thing looks distinctive and reasonably consistent. Icons have bold borders and there are the same FriendStream, Contacts, Mail and other Sense widgets though with the new T-Mobile color scheme. Like HTC’s own-brand Android devices there are multiple Scenes – custom homescreen layouts – but the myTouch 3G Slide allows you to change them not only manually but according to time or even location. 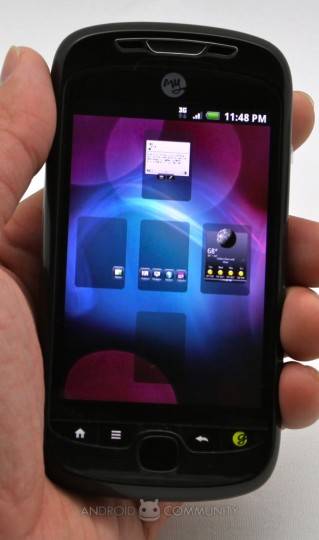 Flipping between panes with the optical joystick is fast, despite having a 600MHz processor rather than Qualcomm’s 1GHz Snapdragon, as are screen rotations when you flick open the keyboard slide. As for the keyboard itself, the buttons feel sturdy and have a decent feel to them, though we’re still not 100-percent convinced by the offset layout. Interestingly, the default on-screen keyboard isn’t HTC’s excellent Sense layout, and lacks pop-over letter previews as you type. 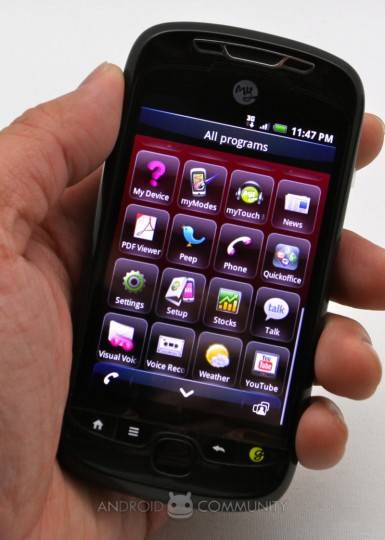 The other main change is the Genius button, which triggers Android’s voice-recognition system. What’s useful is that hitting it calls up a guide page with examples of what you can say – call a specific contact or a phone number, for instance, or dictate an SMS or email – rather than expecting new users to know exactly what the system is capable of. 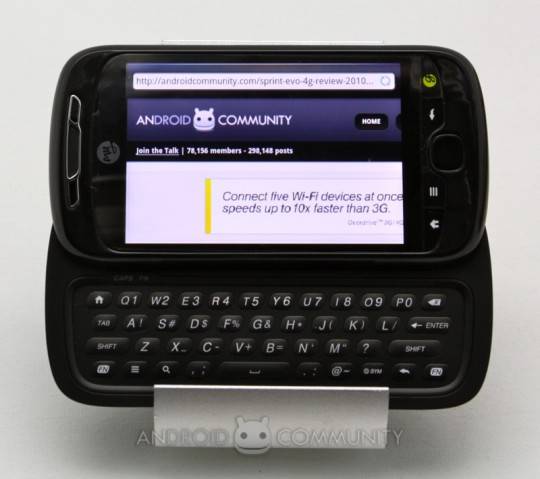 All in all, it’s an interesting smartphone and – with QWERTY Android handsets still a relative minority, especially from HTC – looks to be a welcome addition to T-Mobile’s line up. We’ll be putting the T-Mobile myTouch 3G Slide through its paces over the next few days for our full review, but until then enjoy the hands-on gallery and unboxing video!