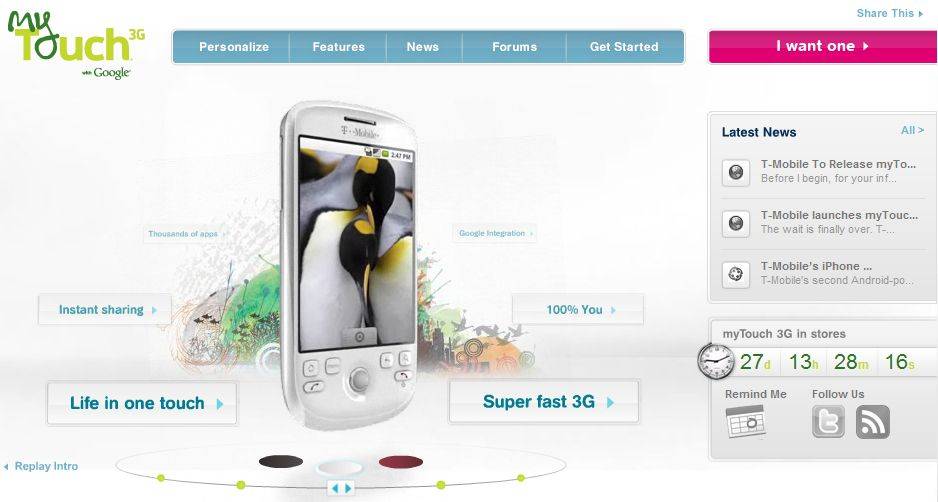 Remember the T-Mobile myTouch 3G?  The phone we were excited about before spotting the HTC Hero?  Well, T-Mobile have launched their pre-order site for the upcoming smartphone, reminding us that there’s a little over 27 days until it’ll arrive in stores.

Existing T-Mobile customers can also choose to pre-order the myTouch 3G, priced at $199.99 with a new two-year contract, up until July 28th.  Be warned, though, there’s our old friend the T-Mobile $18 upgrade fee, and up to $200 early-cancellation fees (though it’s not clear whether that refers solely to the new contract or to any existing one you’re locked into).

The myTouch 3G itself – also known as the HTC Magic – has a 3.2-inch capacitive touchscreen, Android OS 1.5 Cupcake, HSPA and WiFi.  You can find our review of the smartphone in its Vodafone Europe guise here.