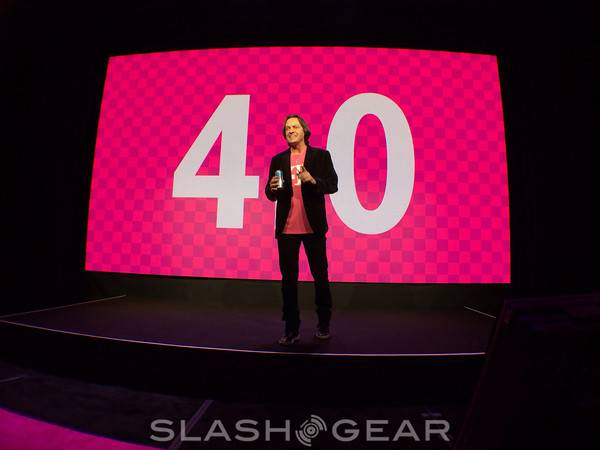 Sprint’s proposed merger with T-Mobile may be reaching a fork in the road. Today we learn that the original bid Sprint was said to put forth for T-Mobile may need to be quite a bit larger. Conflicting reports suggest Sprint is either mulling their decision or close to getting financial backing, but one thing is certain: it still needs FCC and DOJ approval.

The original bid from Sprint’s parent company Softbank was said to be around $20 billion. That would be roughly the same price they paid for Sprint itself, and a whole lot less than a previously failed bid for T-Mobile. AT&T’s failed buyout a few years back was for roughly $40 billion, and T-Mobile has significantly raised their profile and worth since then. A $20 billion buyout in 2014 just never seemed likely.

With that, Sprint is said to be either ready to rock, or drag gin their heels. A report from CNBC notes that Sprint is close to lining up the $45 billion they need via bank financing, and will make an official offer soon after. A conflicting report from Bloomberg suggests Sprint is less than thrilled with that amount, and executives are mulling the decision over.

This comes after news that Sprint CEO Dan Hesse and Softbank Chief Masayoshi Son net with regulators recently to discuss the merger. The FCC and DOJ are notably wary of having three major US carriers as opposed to four, so even if Sprint/Softbank get their financial backing, it’s not set in stone that it will go through. Between $45 billion and the FCC/DOJ gauntlet, the deal may not be worth pursuit at all.