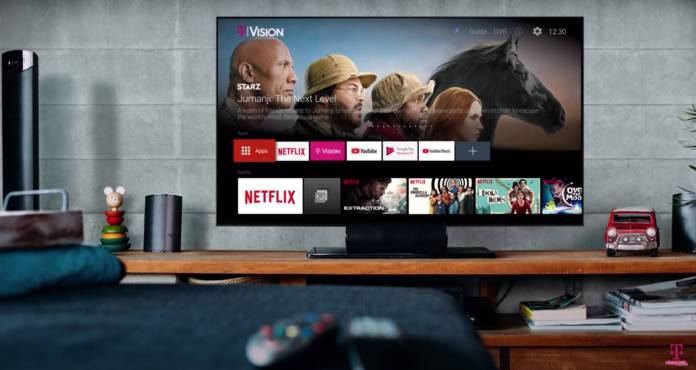 Cord-cutting streaming services are already a dime a dozen, although you’ll have to spend more than a dime as some of them are pretty expensive. T-Mobile is now bringing several live TV streaming services that are more affordable, offering you several options according to both your channel preference and your budget. TVision is the branding that they’re using and under it are three different streaming services: TVision Live, TVision Vibe, and TVision Channels. They’re also launching a new streaming device called TVision Hub.

If you don’t want any news or sports but just want your comedy, drama, and lifestyle shows, the TVision Vibe is the most affordable one you can have at just $10 per month but already includes 30+ channels, including some of the most-watched channels like Hallmark, HGTV, and TLC. They also said there are thousands of programs on demand and you can watch up to two simultaneous streams. Lastly, TVision Channels lets you create your own lineup of channels, ala carte style. The base one has STARZ, Showtime, and Epic.

You can watch all those TV streaming services through the T-Mobile TVision app on your Android smartphone or tablet or on Amazon Fire TV, Android TV or Google TV. But if you want to stream it to your TV, you can get the TVision Hub, an HDMI streaming device and remote that runs on Android TV. You can get other streaming apps not yet part of the package (but with your own subscription of course) as well as games and music.

These TVision streaming services as well as the TVision Hub will be available for all T-Mobile postpaid customers starting November 1. You can just add the services to your account and for the Hub, you can get it at TMobile.com/TVision or at a T-Mobile store near you.