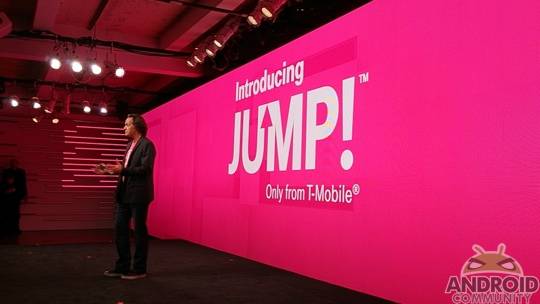 Last week T-Mobile revealed a few pretty awesome changes to their plans moving forward, and one we’re excited about is JUMP. Both new options from the carrier are available starting today, and you’ll want to sign up for them right away so you can get prepared to make a jump to a new smartphone in just 6 months. More details on both new options can be found after the break.

The biggest news from T-Mobile was probably JUMP. The new initiative to change how we (the customers) see upgrades in the future from carriers. Why get locked in to a 2-year contract with the same device, especially when new flagship devices get released once a year, or sooner? T-Mobile’s jump lets you upgrade to a new smartphone twice a year. Yes, that’s twice each 12 months.

Instead of paying $8 a month for insurance on your device, T-Mobile wants you to pay $10 for both insurance AND the option to upgrade twice a year. That means no waiting 24 months or paying full price for a smartphone. It’s extremely smart, and we’ve already seen a leak suggesting Verizon has a plan in the works to combat the move. You can sign up for T-Mobile JUMP starting today, and your first upgrade will be available in 6 months. Then from there you can upgrade a second time whenever the heck you want. Remember though, only two per 12 months. 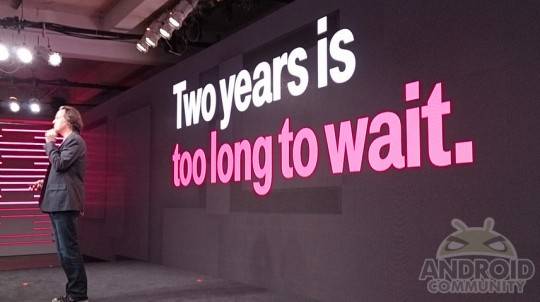 Second, T-Mobile announced new Simple Choice family plans last week, which are also available today for those interested. Just like a previous plan, only now for families you’ll get plans with no credit check or annual contract and offer unlimited talk, text and data for one price. One low price of just $100 per month, although the data limit is 500MB for 4G, which 3-4 users could eat up quick. Equally, you can get the same option for 2 users at just $80 per month.

Again, both of these new options from T-Mobile are available today so head into your nearest shop for more details. I’m excited to see what JUMP does to the rest of the market here in the US.