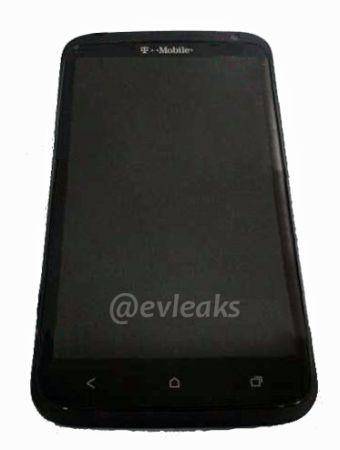 HTC’s flagship smartphone in the One X could finally be headed to T-Mobile. We’ve talked about this revamped and improved model for AT&T (and T-Mobile) for a few weeks now simply known as the HTC One X+, but today its been spotted in the wild. The photo is a bit of a mess, and the same goes for the current devices situation.

We’ve seen the HTC One X+ leak in benchmarks, the full spec sheet appear online and more but now some sources are claiming its been canceled. T-Mobile had the smartphone on their roadmap with the same 4.7-inch SCLD2 display, but an improved 1.7 GHz quad-core Tegra 3 processor, 1GB of RAM, and 16GB of internal storage — and now sources close to the matter are stating they sadly canceled the device.

We aren’t sure at this point what exactly is going on here, but it’s safe to say the device was at least out in the wild at some point being tested by T-Mobile — the image above confirms that. Chances are it will still land on AT&T, but that isn’t confirmed at this point either.

What we can confirm is the One X+ design basically mirrors the original One X, just like rumors suggested. For now there’s only been rumors and leaks until this image appeared, so we’ll just have to wait and see. We still expect AT&T to launch a One X+ with the Tegra 3 being boosted in speed and tacking on 4G LTE so stay tuned.