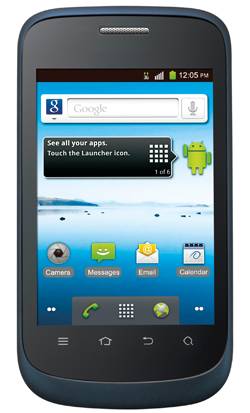 Coming out of a limited trial in nine markets, T-Mobile has officially launched their GoSmart pre-paid service on a national basis. T-Mobile will have the GoSmart service available at more than 3,000 reseller stores across the country and with prices beginning at $30 per month. For that price, users can expect unlimited talk and text, however those willing and/or able to pay a bit more can grab a plan with some data.

A $35 per month plan includes unlimited (2G) mobile data which T-Mobile is describing as being “appropriate for web browsing, email, and social networking.” Those looking for a bit more in terms of speed can opt for the $45 per month plan which gives 5GB of 3G data (with anything extra throttled down to 2G). All three plans also include the basics such as voicemail, call waiting, caller ID and 3-way calling.

The phone situation is a bit limited. Those looking to sign up will have the option to bring an unlocked GSM phone and pick up the GoSmart Mobile SIM Kit for $8 or grab one of the two available phones. The options include the Alcatel OT838 messaging phone for $49 (after rebate) or the Gingerbread running ZTE V768 for $99. The ZTE V768 is running Android 2.3.5 and sporting features to include a 3.5-inch touchscreen, 2MP camera, GPS, Wi-Fi, Bluetooth and a 1500 mAh battery.

Phones and plans aside, Doug Chartier, senior vice president of marketing for GoSmart also gave some stats in terms of pre-paid service such as how reports are projecting a growth rate of 7 to 8 percent per year and that roughly 80 million US customers are currently using a pre-paid service plan. As far as the GoSmart growth is concerned, Chartier said that during the testing (since early December), they were able to sign up “tens of thousands” of users.