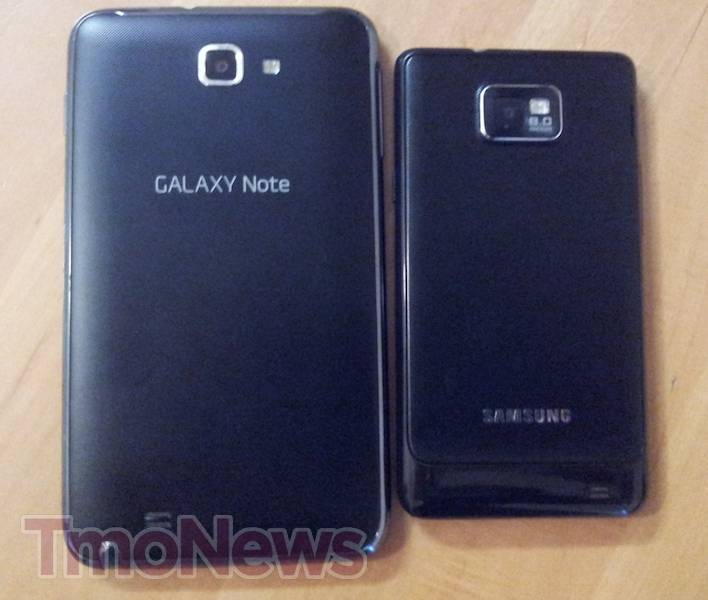 T-Mobile users are getting some awfully good fare lately, thanks to phones like the HTC One S. And the good times are going to keep rolling: we’d previously heard that the Samsung Galaxy Note was on it’s way to Magenta, and now TmoNews has got the proof. Here’s the 5.3-inch smartphone hanging out next to its relatively diminutive little brother, the Galaxy S II.

There’s little doubt that this is the real McCoy: in addition to the T-Mobile branding on the phone itself, there’s plenty of carrier-specific apps spotted in the software. Of course, a T-Mobile version won’t get access to LTE like the current AT&T model (check out our review), but it does use the more standard 4-button navigation row. Oh, and one more thing. The spy shots show the version of software that the T-Mobile Galaxy Note is using: Ice Cream Sandwich. Hallelujah!

We still don’t have confirmation from T-Mobile of course, so the release date and price for the Galaxy Note are still up in the air. And to be technical, there’s no way to know that it’ll launch with Android 4.0. But the hardware and software look pretty complete, so a release within a few weeks is not out of the question. Keep your fingers crossed, T-Mobile customers!