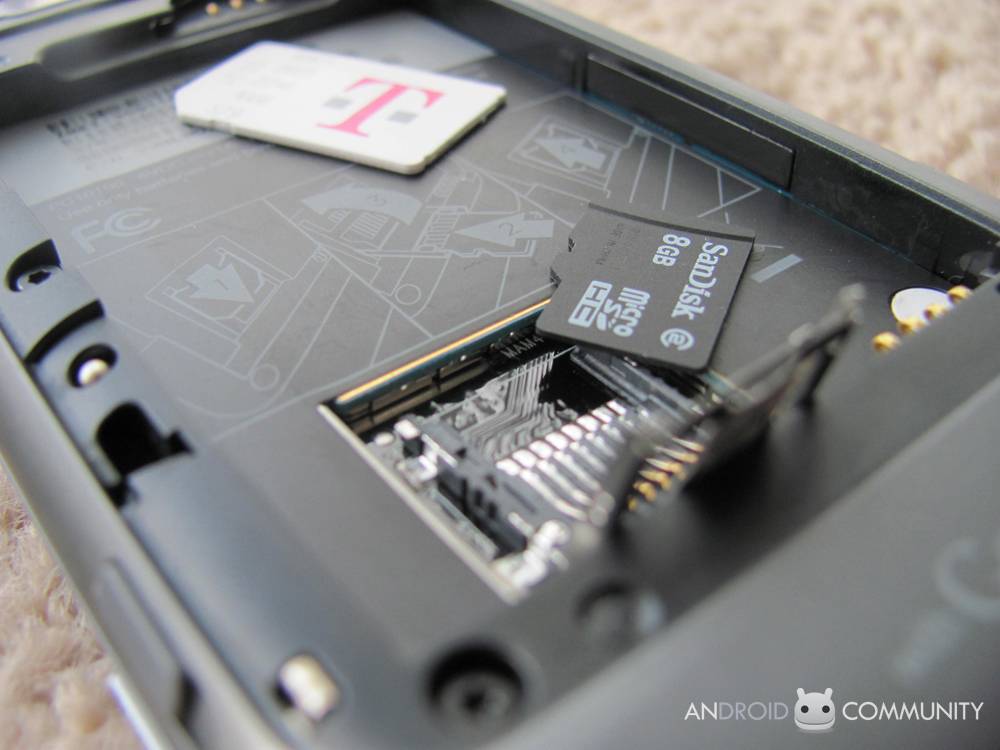 Aha! Yes it is here in my mail, inside a box with a letter that tells me to be honest and not dip the phone in my chocolate milk. It’s the T-Mobile G2, that wonderful slab of silver boasting 4G speeds, a Qualcomm Snapdragon MSM7230 processor, Android 2.2 Froyo, and a massive price range of $99 to $499.99, it’s coming fraught with talk of early arrivals, hardware issues, and missing storage. But I’ll tell you what, right now, right here, this phone is wild. I don’t throw that term around lightly. When I say wild, I mean completely excellent and amazing.

The box I received from T-Mobile (on loan for a short time, I gotta get playing before I have to cry and give it back,) contained a letter with an agreement I had to sign saying how specific I had to be in saying that I’d tell the whole truth and nothing but the truth, and plus that I wouldn’t launch the phone across the parking lot for fun. Along with that came a lovely fact sheet, both of them in a heavy envelope. But you don’t even care about that! Let’s talk about this box.

The box itself is relatively thick. If you’ve ever constructed a book by hand, you’ll know what I mean when I say it’s made of medium-weight bookboard covered with high-quality printed slick paper (with a bonus layer of gloss ink over the screen part of the phone, hot!) The top layer (white) comes off to reveal a lovely array of cool colors in which several icons float. You later find that these icons are essentially the “home row” of apps found on the first couple of screens in the phone.

In the box is the G2 blasting into your face an off-center position in the box (props, box designers.) Once you pop it out, there’s a peek hole through which you can see the words “Start Guide,” which, once you pull the first later of cardboard out, you realize is there because otherwise all the user manuals would basically be hidden because they’re enclosed behind the position where the phone sat. There’s two books: a G2 start guide and a Terms & Conditions / Limited Warranty / Return Policy. The Start Guide, even though most people wont end up needing it, is full of excellent illustrations and supremely easy to understand instructions.

Then there’s a third item – a T-Mobile Handset Recycling Program Merchandise Return Label. This is a sticker you can use to slap on a box full of your old phones (or batteries, PDAs, accessories,) and bring to a T-Mobile retail store to drop off. From there they’ll take the items and recycle them. Super neat!

Inside the box you’ll find a 3.5 mm stereo headset, an opaque package with headphone earbud pads and a clip, AC Adapter, microUSB cable, and inside the phone the SIM Card, and 8GB microSD card trapped down in an interesting and weird contraption behind the battery (see gallery below) – some people don’t like having this card behind so much stuff, some people like it hidden away, your call.

And then there’s the phone itself. The G2. This is the first smartphone designed to deliver the goods 4G style on T-Mobile’s HSPA+ network. There’s a touchscreen, trackpad, and QUERTY keyboard complete with customizable keys. 3.7” WVGA Super-TFT screen display and Qualcomm® SnapdragonTM MSM7230 processor. Dimensions are 4.68” x 2.37” x 0.55”; Display: 3.7”; and it weighs in at around 6.5 ounces. 4GB internal memory with pre-installed 8GB micro SD card, expandable to 32GB, stereo Bluetooth 2.1/EDR/A2DP, works on both UMTS/HSPA+ (dual-band) (Bands I and IV), and it’s a Quad-band GSM world phone: 850/900/1800/1900 MHz. On the back there’s a 5 megapixel camera with digital zoom (I dont know why they keep using this on any device, ever,) autofocus, and LED flash. The camera is also a HD camcorder with 720p video capture that automatically uploads to Photobucket. Very silvery, very nice to the touch.

As I picked it up, I heard the whispers of a thousand fanboys telling me all the things that might go wrong with it, but they were all so very foolish. The hinges on this phone are so tight that it was almost difficult to slide it open the first try, (as you can see in the video, me looking like a newb trying to flick it open,) and just holding it feels oh-so-natural. Again: rough, tough, tight, and when I write this, I’ve been handling it for a few hours already, opening and closing it every once in a while to test the hinge. Feels good, man.

For the sake of clarity, for the rest of the article, I’ll be referring to the portrait-top (near the T-Mobile logo on the front of the camera) as the top of the camera. On that top, there’s both a headphone jack and the power button. On the right is a button to activate the camera and the switch which allows you to take off the back cover of the phone and access the battery. On the bottom there’s nothing, and on the left side there’s the USB jack and the volume up/down button.

As far as the screen area goes, at the top there’s a speaker grid in the center that runs about half the length of the touchscreen, inside of which there is an orange light that turns on whenever you’re plugged in to your computer with USB. Also at the top is that T-Mobile logo, and along the bottom is the usual set of four buttons in this order: Home, Menu, Back, and Search. Below these there’s the trackpad which I’m almost certain I’ll never feel the need to use.

Once the device is open, the four rows of light-up keys shine bright in the darkness, look plain and lovely during the day, all of them separated enough for easy typing. The three custom-keys stand out clearly, and everything is clearly marked to a degree where anyone picking up this phone would know how to go at it at this point. From the point when I press the power button to the moment I’m able to start working on the phone, it’s around 30 seconds of wait time. And now you’ll have to wait just a little bit longer for a full review. Prepare yourself by grabbing a nice can of soda and maybe some cheese-related snack, and sit back. Seeya then.