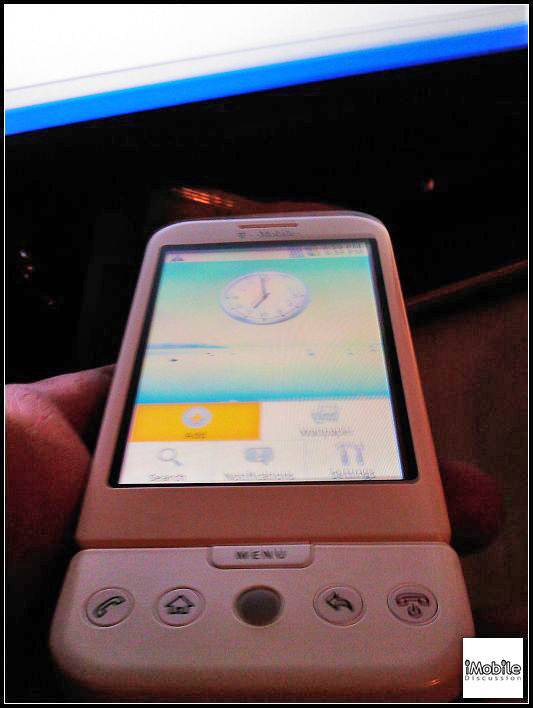 The Google’s Android-powered phone for T-Mobile called G1 gets very real with the newly leaked images on a Chinese forum.  We’ve seen the G1 demoed at Google IO earlier this year and another demo by Andy Rubin, but never have we’ve seen spy shots in the wild.  So here is the T-Mobile G1 in all her glory!

Looking over the images, I’m not terribly surprised by it’s appearance since we’ve already seen a leak diagram a few days back.  Just as expected, the G1 phone will come in white with T-Mobile brand across the top.  The display slides up to reveal a five row full QWERTY keyboard.  There’s a dedicated Menu button, a phone button, home, back and end call button.  As expected the G1 features a jogball similar to what we’d find on a Sidekick.

The G1’s specs and features are still unknown but it is rumored to sport a 528Mhz Qualcomm 7201 processor; Data kit for USB connectivity in the box; 64128MB Internal RAM; 128256MB Internal ROM, 1GB MicroSD card; Dedicated camera button; 3.1MP camera (no flash) 2048 x 1536; Video playback files – H.264, streaming, 3GPP, MPEG4, and Codec 3GP and a Dedicated YouTube Player.  Yes, I agree the memory is really low, but this is still a rumor so take it with a grain of salt.