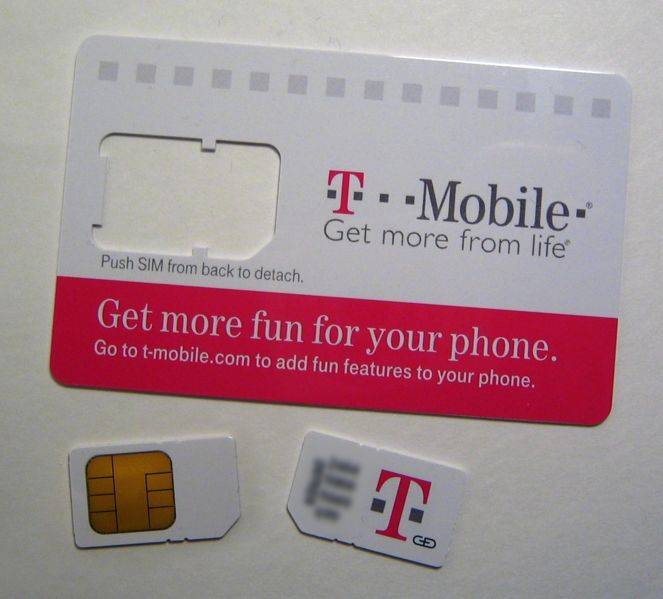 It appears that many T-Mobile stores tell customers that they do not sell the G1 because they are out of the 3G coverage area. Although all of the stores may have the large posters of the G1 and even a demo model many are saying they don’t sell them, when in reality you can purchase one wherever you are located within the US.

Whether or not the employees are well informed or not, the store may not have them in stock, but they can order one for you. Many people have been turned away which in some cases persuade the customer not to even bother trying to get the phone when it is as simple as ordering it. Neil Gaiman was a victim of the ignorance of others, writing about it on his blog. It strikes us as odd to read that the employees did not seem to know what it was they were talking about.

“I opened the Google window and found myself looking at an advert for a G1 phone. A couple of clicks later I was on the T-mobile website, checking prices and thinking, “Well, I do need a new phone…”

But randomly buying a phone I haven’t even held seemed like, well, something that I couldn’t imagine myself doing. I wanted to hold it. I wanted to know the specs and such, so I put dog in the back of the car and drove to the local T-Mobile shop.

I knew I was in the right place because there were huge posters everywhere, some bigger than I was, all advertising the new t-Mobile G1.

There was a man and a woman behind the counter. They said they were sorry but they didn’t have a G1 for me to play with.

“When will you get them in?”

“No. We won’t sell it. We’re out of the range and the Google and things that the phone comes with, they won’t work on it.”

I pulled out my phone, a Nokia N 73, with a T-Mobile SIM card, that happily spends much too much time on the internet doing, er, Google and things. “But this works here…”

“But….” I tried to think with this. then I said, “But you have posters.” I gestured at them. All pictures of the phone in question, extolling its virtues and explaining that you could only get it here.

“We’re a T-Mobile franchise. They send them to us. That’s what we have to put up. The posters they send.”

“We don’t know them.” The man and the woman behind the counter seemed very sad about this. The man added, wistfully,”We don’t even know the price.”

I knew the price, from the website earlier, and I felt guilty about this.

“They have them in the Twin Cities,” said the woman. “You could buy one there.”

“But if I buy it there, it still won’t work here?”

“No,” she said, with sadness and with, I suspect envy in her voice. “but they sell it.”

There was a bit of a pause. I think I may have said, “Sorry about the posters,” as I went out, or I may have just thought it very loudly. They all had pretty pictures of the G1 on them, a phone I don’t think I’m going to bother getting.”