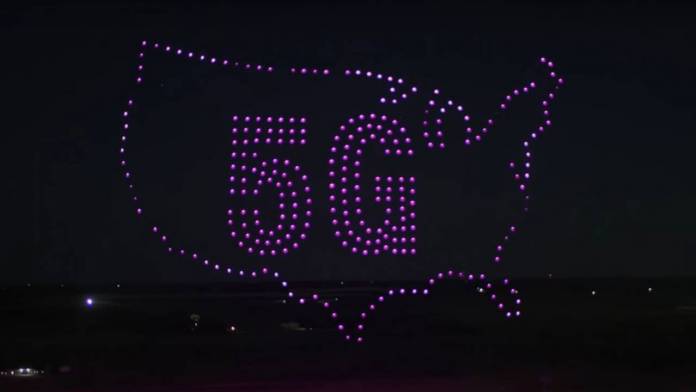 T-Mobile seems well on track to achieve its goal of reaching 100 million people with mid-band 5G network by the end of this year. In this context, the Un-carrier has “nearly doubled the number of cities and towns” with the mid-band 5G coverage in a month. Apt for customers and businesses that want to experience the fastest possible 5G speeds beyond barriers and closed doors, the mid-band 2.5 GHz network is now available in almost 410 cities and towns across the US.

T-Mobile’s mid-band 5G is a combination of its 600MHz low-band network, 2.5GHz network (the company acquired from Sprint) and its superfast mmWave. This combination allows T-Mobile – 2.5 GHz 5G spectrum to deliver a mix of coverage and super-fast network that unlike the mmWave doesn’t have a restricted coverage.

Delivering both “broad coverage and fast speeds,” T-Mobile says the areas deployed with the new mid-band network are currently averaging downloads speeds of about 300Mbps while peak download speeds are scaling up to 1 Gbps. Taking a dig at the other prominent network providers AT&T and Verizon, T-Mobile’s President of Technology Neville Ray said, “T-Mobile is the only one with big swaths of mid-band dedicated to 5G. T-Mobile has more mid-band spectrum than anyone else.”

All T-Mobile customers who have a 5G compatible smartphone can now leverage the goodness of 5G speeds in their area. To know if your area – city, town – has T-Mobile mid-band 5G network, you can head to the company’s official announcement.

With the unveiling of iPhone 12 line-up, which comprises four different 5G enabled phones, and Google and Samsung already having their own 5G handsets, the 5G market is wide open. All three prominent network carriers in the US are toiling hard to increase 5G coverage and have some decent unlimited plans to lure customers.