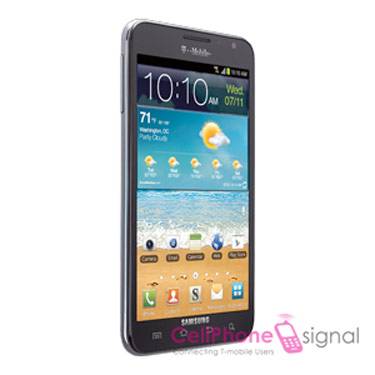 We’ve known the Samsung Galaxy Note 5.3-inch “phablet” was headed to T-Mobiles stores and customers sometime soon, but they never formally announced anything. Today however T-Mobile outed the news on Twitter, stating it was coming soon but providing no further details. After countless leaks it’s about time they announce a release date.

We’ve seen marketing materials, cases appearing in stores, and even heard July 11th release date rumors for a few weeks. Sadly last week it apparently got delayed until sometime in August (a little bird told us August 8th.) None of this is confirmed or even official — by the way. Today T-Mobile has finally confirmed its existence, but that is all the details they released. 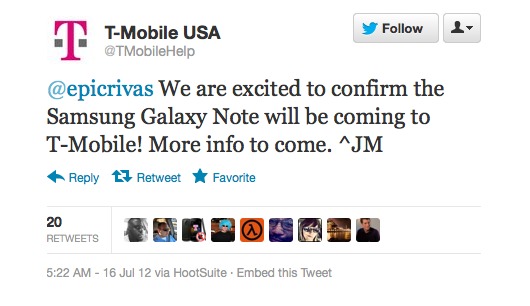 As you can see from the Tweet, the Galaxy Note is indeed headed to T-Mobile but we’ll have to wait for more information. We can expect T-Mobile and Samsung to make a formal announcement sometime in the coming weeks, for now this will have to do. Hopefully it will be upgraded to the Qualcomm S4 processor like the Galaxy S III, and we know it will come out of the box with Android 4.0 Ice Cream Sandwich. After countless leaks and rumors are suggesting a Galaxy Note 2 sequel coming in October, maybe they should just wait. We’ll update once we hear more.