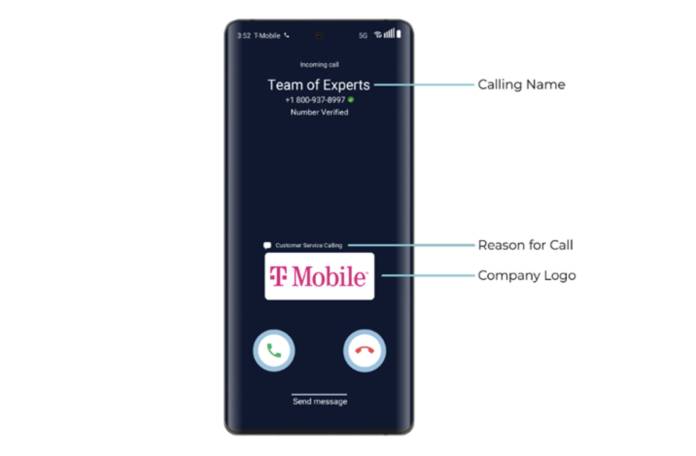 Robocalls seem to still be a bit problem for mobile users in the U.S but the past few years, we’ve seen carriers and OEMs bring tools to help fight against this. We got the STIR/SHAKEN protocol that authenticates the information from caller IDs so that there’s no spoofing or spamming. T-Mobile is taking it one step further by partnering with the wireless industry association CTIA to improve Branded Caller ID best practices. They will be combining the STIR/SHAKEN protocol with Ruch Call Data (RCD) to bring more protection to consumers.

Branded Caller ID or BCI will empower companies and organizations so they will not be lumped together with robocallers and spammers. This new feature will be powered by STIR/SHAKEN and based on the Ruch Call Data (RCD) industry standard. So basically, the origin of a call will verify itself to the terminus so that called ID spoofing cannot go through. RCD is a better version of caller ID and lets businesses include a logo, website, and state their reason for calling.

So when you receive a call on your mobile device, you’ll not only see the company name and the number but as well as the company logo and the reason they’re calling like for customer service or for follow up on payment, or whatever they chose to include there. This gives users the option to answer or reject the call but it also means that robocalls and spammy calls can be easily identified and rejected.

Of course this isn’t the first time we’ve seen this. Google actually rolled out their verified calls feature that is independent of the STIR/SHAKEN protocol. A business will need to register itself with Google and route their outgoing calls through Google’s systems. The branded information will only show up if the user is using the Google Phone app. With T-Mobile’s system, there will not be a third party and everything is integrated into the STIR/SHAKEN protocols.

T-Mobile has not yet announced when the enhanced caller ID will be available for users. We’ll probably hear some more official announcements since they’ve posted this press release already.