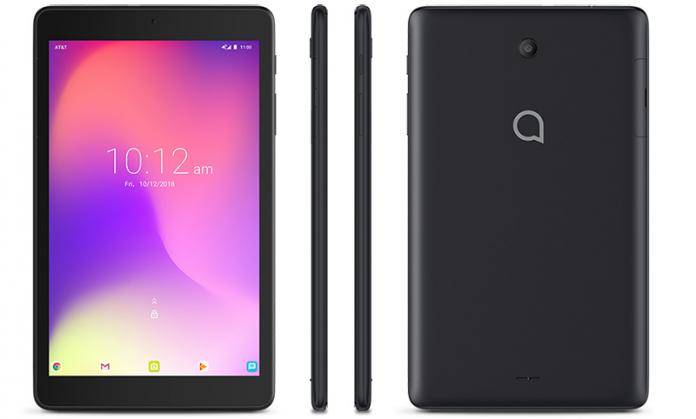 The idea of having tablets for your kids doesn’t seem so absurd now as a lot of that generation will grow up knowing how to use a gadget first before being able to read. The important thing is for parents to understand and also monitor what the kids are doing on their gadgets. The Alcatel 3T 8 is a new budget tablet that is meant for that and it’s coming exclusively to T-Mobile (who needs the Pixel 3 or Pixel 3 XL eh?)

The tablet is not specifically designed for children in mind but because it’s pretty affordable and also a bit entry-level, it’s something you might consider getting as a first device for your kid. What it has is the Kids Mode which lets you monitor what your child is doing on the tablet, like which apps they can download and use and what are the time limits that they should have so as not to use the tablet as a babysitter.

For the adults, there’s access to live TV and video streaming services since the tablet is basically built for media consumption. You can look for your favorite shows and movies through voice search but of course you’ll have to sign in to your respective streaming service accounts like Netflix, Hulu, etc. It’s the first tablet that has support for T-Mobile’s 600MHz Extended Range LTE spectrum so that should make streaming fast.

As for the specs, it has an 8-inch display and is powered by a 1.5GHz quad-core processor with a 2GB RAM. It has a 5MP main and front-facing camera and runs on Android 8.1 Oreo. Its 4040mAh battery lets you use the tablet for 8.5 hours of continuous streaming when on WiFi and 7 hours when on the 4G LTE network. It also has an Eye Care Mode to reduce blue light, in case you or your kid uses it for a longer time.