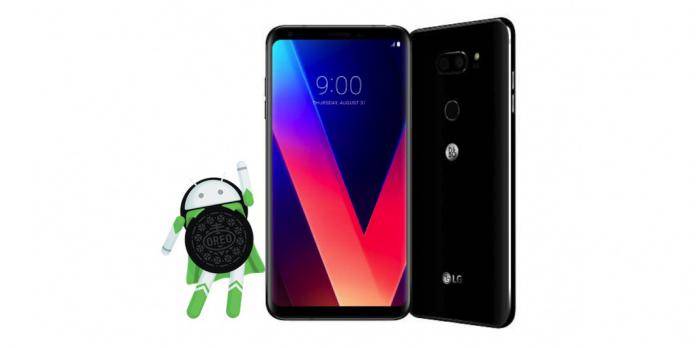 T-Mobile began working on Android Oreo OS for LG flagship phones back in March. Verizon already released Android 8.0 for the LG V30 and V30S ThinQ updates in South Korea. AT&T also rolled out Android 8.0 OS for the LG V30 while a recent software update added ThinQ support. As for T-Mobile, the new version is also said to be available but unfortunately, the mobile carrier had to halt the rollout. Several issues have been reported which prompted the network to just pause the release of the update.

An official statement was posted on a forum page, apologizing for the problem. According to a certain Marissa (tmo_marissa), the “post-update were short-lived” and the carrier has already fixed the issues “with some good old-fashioned device maintenance and troubleshooting”. It’s not perfect as more issues were reported to the Care and Tech group.

Because if the number of issues reported, T-Mobile’s software test team decided to “pause the update temporarily while they investigate more to determine whether the update is truly ready to roll”.

Read the full statement below:

First, let me say that I’m really glad to read that for the majority here who have completed the move to Oreo, the issues you experienced post-update were short-lived and resolved with some good old-fashioned device maintenance and troubleshooting. I’m glad you were all experienced in working with your equipment! That’s fantastic!

Unfortunately, the update didn’t go as smoothly for every customer. Our device team started receiving reports from Care and Tech of customers reaching out experiencing issues, which is why we were checking in here yesterday; to see if there were similar problems happening for our Community members. While it looks like for the most part, our folks are in the clear, the reports were significant enough to inspire the software test team to pause the update temporarily while they investigate more to determine whether the update is truly ready to roll.

As those of you who are Community regulars will have noticed, a similar issue did just occur with the Note 8 Android Oreo update. This is not typical and we don’t anticipate repeat issues of this nature; and we are very sorry for any inconvenience this causes — either for customers waiting for the update, or for customers who had difficulty with their devices after updating. The Software updates: LG V30/V30+ page has been updated to call out the temporary pause while we assess and determine next steps (it does look like a typo in the page; the update was paused today, May 12th, not May 2nd).

We wanted to let you know as soon as this was confirmed — sorry for the interruption of your regular Saturday programming! Hopefully, this pause is not long. We’ll update here with any information we can share as we receive it.