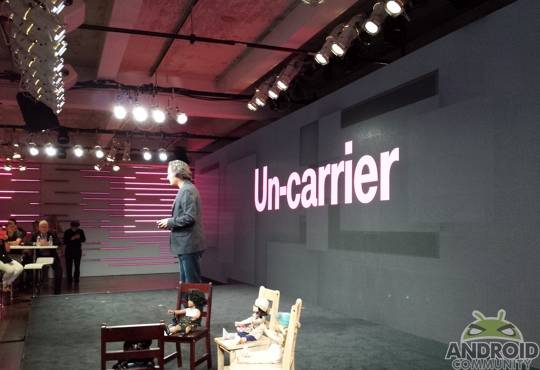 With the changes coming to Google Voice, one popular function is coming. The ability to send MMS messages to Voice users has long been fairly exclusive to Sprint, but now T-Mobile is joining the frey. Via a Google+ post, Googler Alex Wiesen announces that the Un-carrier will jump on the MMS train.

Noting that, like Sprint, T-Mobile will allow their users to send MMS to Google Voice users, Wiesen also said the functionality will be the same. Those multimedia messages will show up in Gmail, with a notification being sent to Voice via SMS. It’s a lot like sending an email, then following up with a text message, except that Google does the leg work for you.

Google Voice has long been maligned as a VoIP solution that carriers don’t want to accept. Like Wallet, carriers found every reason not to adopt it, or even allow it in some cases. Sprint was welcoming to Google Voice, but their limited footprint and often slippery service wasn’t enough to give Voice a reason to be used. With T-Mobile, Google has found another ally in their fight to keep Voice relevant.

This is a stopgap, of course. Sweeping changes are coming to both Voice and Hangouts, and the Google+ post notes that Google is working to bring MMS to Hangouts, as well. They also say they’re currently working with other carriers to make the service used widely, but we won’t hold our breath for that.