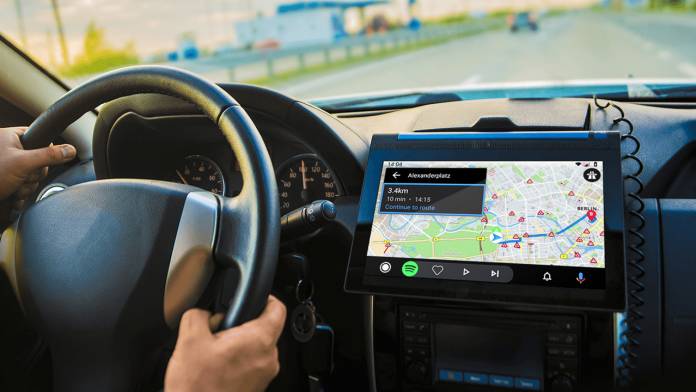 Shortly after the announcement of Android Auto opening its doors for third-party apps, first one of them has landed on the platform. The Sygic GPS navigation app can be downloaded by anyone without the requirement of beta access restrictions earlier in place. Apparently, Sygic is one of the most downloaded offline navigation app on the Play Store (over 50 million downloads) with over 200 million total users worldwide. Now, the app becomes the first major native alternative for the Google Maps app on Android Auto.

The app rolled out in beta last year with very limited access to Android Auto application developers, and finally, the average user can explore its navigation features on the vehicle’s head unit. One just has to plug their Android phone in the USB port (or connect wirelessly), and the Sygic GPS Navigation icon appears on the homescreen.

Those who use the application on their phones will get a similar UI design, of course with a little bigger menu buttons, and text for ease of use. One can navigate with voice commands as well, along with the convenience of offline maps feature which is way better than on Google Maps.

In-vehicle you can take advantage of the other features like speed limit warnings, rerouting for high traffic jam areas or lane assist wherever available. The app was announced a couple of days ago with a cheesy commercial on Sygic’s official Twitter handle.

It has to be noted that the Android Auto support rollout will be done in a phased manner – it might take some time to reach some users worldwide, so be patient. That said, the app can be downloaded via the beta program, and when Android Auto support arrives for your device, you can explore it right away on your car’s console.