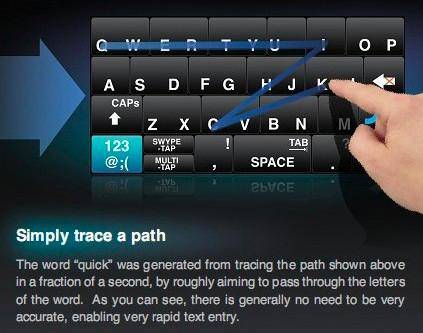 Swype is on its way into the mobile world, its already been seen on a few handsets already and the company eagerly wants to put it on iPhone. So far Apple doesn’t look like they’re too interested in taking the bait. But in the meanwhile, HTC, Samsung and Motorola and other OEMs are perfectly fine set in the cult-favorite keyboard’s crosshairs.

So far Motorola has decided to put Swype on their up and coming, very hyped Droid X. Swype’s CEO, Mike McSherry, believes so far this is the company’s biggest move, but not its last. The biggest news McSherry announced was that Swype planned to have the app on about 50 or more phones by the end of 2010. A lofty goal, but one that we’re sure can happen.