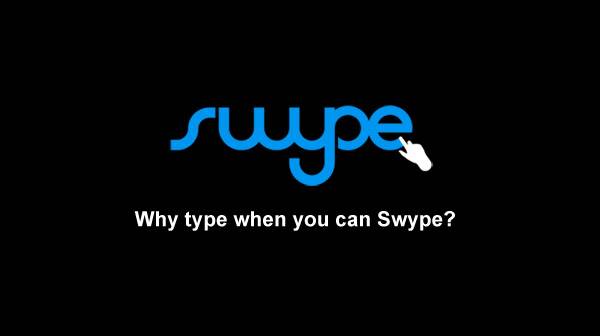 A new version of Swype is now available to all of you lucky people that managed to get in on the beta testing. This keyboard has been preinstalled on a few phones and has yet to make its way onto the Android Market. This update includes a few bugs fixes and performance tweaks.

The new version now automatically inserts apostrophes into contractions, this should eliminate the problem users are having when trying to input words like wont’ and don’t. The bug where it saves your password to the user dictionary has also been addressed.

Added better context sensitivity for the “magic button” (go/search/enter/smiley)
Added automatic apostrophe insertion for contractions (e.g. won’t, don’t, wasn’t, etc)
Added the Italian language dictionary
Improved sensing of field type to prevent the display and addition of passwords to the UDB (user dictionary)
Improved suppression of auto-spacing in fields such as URLs and email addresses
Updated the built-in dictionary to include several common words that were previously missing
Rewrote some settings descriptions to be more clear on their functionality
Fixed licensing issue causing “Limited Functionality” errors when rebooting devices running Android 2.0 and later
Fixed licensing issue causing some users to receive an “Incorrect ID” error when installing Swype
Fixed a bug where manually typing some words with word-prediction enabled would cause Swype to crash
Fixed a bug which caused some words added to the UDB to erroneously override other words when word-prediction is enabled
Many other minor bug fixes!

Once you receive the update, uninstall the previous version before installing the latest.