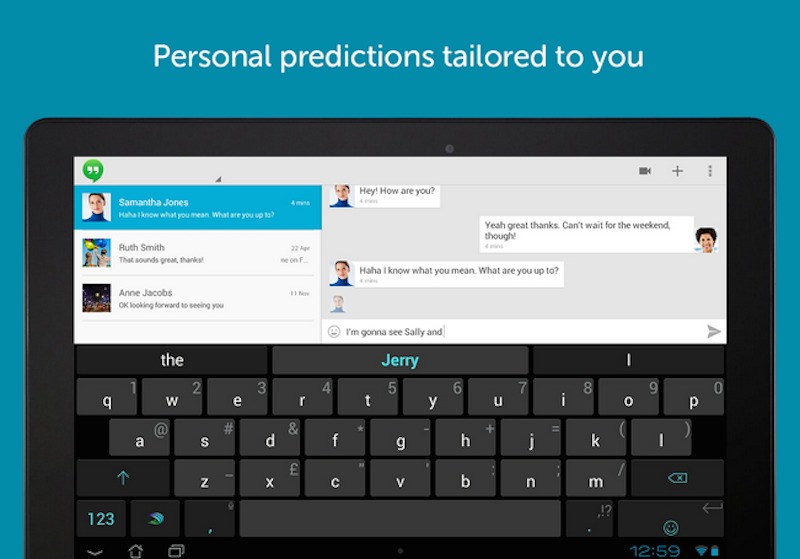 The team behind SwiftKey has just released some updates to the SwiftKey 5. Only a few months after going free and getting new themes and fixes, the app has been improved yet again for Android as promised. This means the award-winning keyboard app does autocorrect, word prediction, and emoji support better and smarter.

The SwiftKey Keyboard + Emoji aka SwiftKey 5 fixes bugs and enhances a number of features including memory management in the themes and SwiftKey Store screens and load time. With this update comes some fixes to crash and memory issues that usually happen in the latest Samsung devices (Galaxy S3, Galaxy S4, Galaxy S5). For this specific update, the developers used a Samsung Galaxy S3 to benchmark the fixes.

SwiftKey is one of the more popular keyboard apps going against Minuum and Fleksy. Switching layouts on SwiftKey from QWERTY to DVORAK and vice versa is faster and can now be updated in the Language Settings. If you’ve been stressing over background theme crashes, such issues have been fixed. Developers added some functionality to “preserve verbatim over space inferred predictions”, as well as, fixed issues with Evernote personalization.

It looks like this software update is a good one as keyboard on Samsung Galaxy S3, S4 and S5 devices reportedly load faster by 10 percent during a series of tests. Owners of these Galaxy smartphones should see a significant improvement in performance of apps. Lag issues should be lessened, if not totally removed. Bugs causing force closes and crash and repeated language pack update notifications have also been fixed.

SwiftKey has long been regarded as one of the best keyboards for Android for faster text, email, chat, and SMS typing. It can be your default keyboard app across all apps if you want. There are now more than 30 themes and layouts to choose from, for all devices and screen sizes for customization, including the new ones that have been added to the store: Spotlight Purple, Edge Green, Pulse Yellow, Pulse Pink and Hazy Pink.