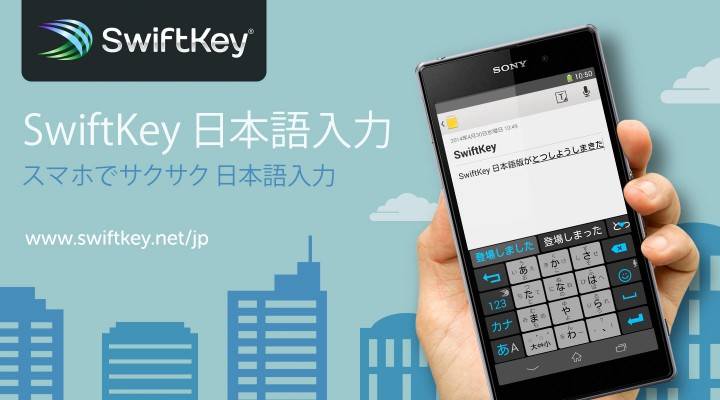 Our friends from the land of the rising sun will soon be able to enjoy all that SwiftKey goodness in their own native language. SwiftKey has just announced the start of open beta testing for the exclusive SwiftKey Japanese version of its intelligent keyboard for Android.

SwiftKey’s learning and prediction features has turned it into one of the most popular alternative keyboards for Android. Those features are actually available in languages aside from English, but script languages like Japanese and Chinese are not that easy to support. After several months of hard work, SwiftKey is now ready to show the first fruits of their labor for the Japanese market.

SwiftKey Japanese testers will be enjoying both Japense and English language support in their version of the app. They will also be enjoying key Swiftkey features like Heatmap and Flow, the latter for English only, as well as some fun additiions like Emoji prediction. The video below introduces SwiftKey Japanese, but the audio is, unsurprisingly, in the Japanese language.

Those who want to partake of the beta can download the app from the developer’s Japanese portal. Being beta, there will be likely some rough edges here and there, though probably not that much this close to final launch. Of course, user feedback and reports to help make the product even better are definitely wanted.