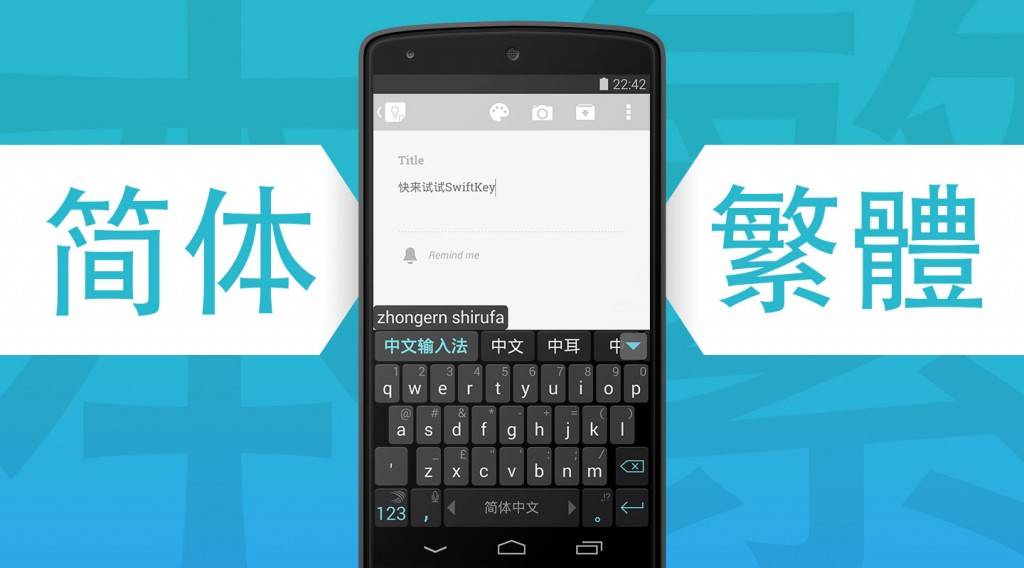 With a population of over 1 billion, China has much potential to grow into the biggest market of practically anything in the world. And in the digital realm, a lot of brands and companies are already looking at expanding their products to cater to or support languages and features that would appeal to even just a fraction of that huge market. Virtual keyboard SwiftKey is one such product and they just recently announced the release of the beta version for their Chinese language support.

Chinese is one of the most requested languages from their users, that won’t be disputed. The problem is that there are different types of the language and that sometimes it is quite difficult to to transcribe something into the Latin alphabet. The beta version of SwiftKey includes three types of the language: Simplified Chinese, Taiwan Traditional Chinese, and Hong Kong Traditional Chinese. Each comes with its own input method, native to the language, and also its own stroke input method.

There is nothing “rigid” about how they make SwiftKey work for you. It will learn from your typing habits and language usage, adding “unique and unknown” words that you frequently use and adapt it to your personal language model. The predictive capability of the app will benefit from this as well, as it becomes more accurate the more you use it, especially due to the Heatmap Correction. Pinyin, the phonetic system which transcribes Mandarin characters into the Latin alphabet, can be tricky if you make mistakes, so the app has to interact with the users to better understand the transcribing process.

Just like the previously released support for Indian languages (they’re the 2nd biggest population in the world after all), the Chinese language support is still in beta mode, so it won’t be working perfectly, and in fact, will rely on feedback from native Chinese speakers in order to make it better. If you’re interested to try out the beta version, you can download it from here.