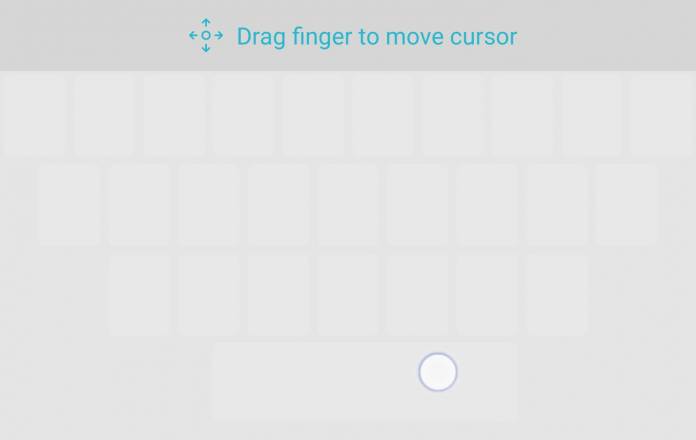 Those who are using virtual keyboards probably find themselves choosing between Google’s Gboard or Microsoft’s SwiftKey. They are two of the best ones you can get out there but the former had an advantage over the latter. SwiftKey lacked a sliding cursor control which Gboard users have been enjoying. Well finally the day has come when they almost have feature parity as the beta version of SwiftKey finally gets a spacebar-driven cursor control. This has been a most requested feature and some users seem to be really excited about it.

Android Police was the first to spot it and the tweet showed how excited their writer was. And if you spend a lot of time on your mobile device, having cursor control on your virtual keyboard is really something to be excited about. SwiftKey is already great as it is and they even claim that they’re the best so having this new feature that Gboard users have been crowing about is a step towards asserting their dominance.

SwiftKey’s cursor control may be even better than Gboard’s as you can slide anywhere on the keyboard so you can move the cursor around. With Gboard, you were locked in the area around the spacebar but now, you will be free to move around which is of course smarter since there are times when you will accidentally exit the cursor menu since you slid outside the area you’re supposed to be staying in.

WHAT'S NEW
We've added cursor control to your @Microsoft @SwiftKey Keyboard. Try it out by tapping and holding the spacebar to move the cursor We hope you'll love it!https://t.co/nvOumAiWsy pic.twitter.com/0DXhwmldgP

To trigger the cursor control on SwiftKey, you should hold or long press on the spacebar. You then can start dragging your cursor around while you’re typing and using the keyboard. This is a bit different than with Gboard since in SwiftKey, you slide on the spacebar to change languages. If you’re used to Gboard’s cursor control, this might be a challenge especially if it’s muscle memory for you already.

The cursor control is available on SwiftKey Beta and not yet on the stable app. Update to version 7.6.24 to enjoy this new feature, which seems to be the only new thing with this update.